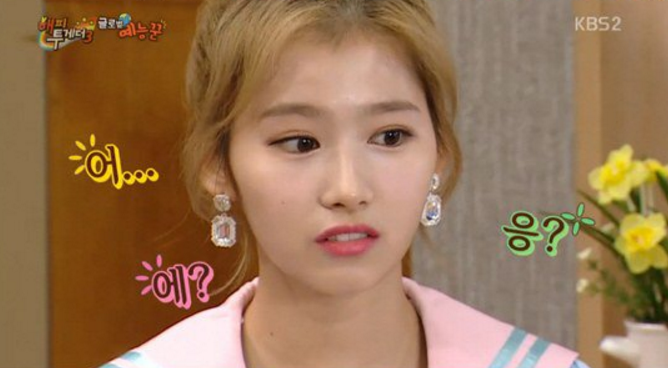 Sana reveals that it’s been four years since she came to Korea and she didn’t know any Korean prior to coming. Upon being complimented on her Korean speaking skills, Sana says, “After coming to Korea, I learned how to speak Korean through watching stuff like variety programs.” She mentions how she read subtitles and checked vocabulary words she didn’t know in order to improve her Korean.

She further confesses, “Although I’m good at speaking Korean, there are times when I pretend to not be good at it. For example, at times like when I get caught eating something. When that happened I pretended to not know Korean.”

However, the TWICE member reveals that it was impossible to not get better at Korean because JYP includes a Korean test for their monthly evaluations. She jokes, “Later I worked hard because I had to interpret for other foreign trainees.”

Sorn and Cheng Xiao agree with Sana’s comments as fellow non-Korean members in their respective girl groups. Sorn says, “There are times when people give you more food when you pretend you can’t speak Korean well.” Likewise, Cheng Xiao admits, “I have pretended to not be good at Korean when getting scolded.” 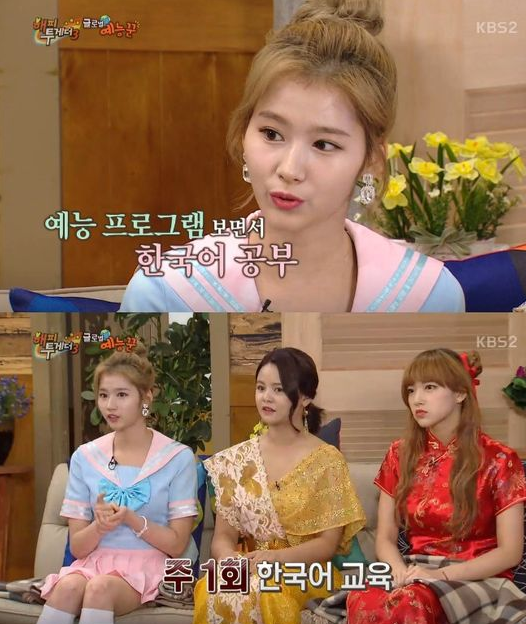 Can you relate to their experiences?

TWICE
Sana
Happy Together
How does this article make you feel?