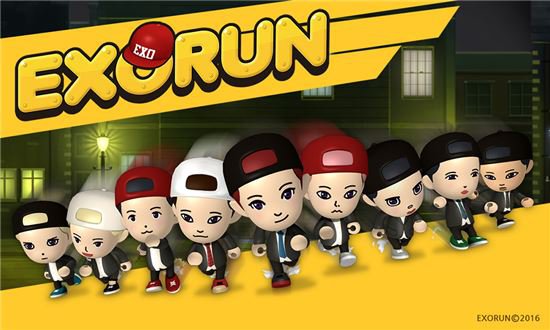 Culture
by K. Do

SM Entertainment has launched the game “EXORUN” through SM Mobile Communications and mobile game company Putto Entertainment. “EXORUN” is now available worldwide except in China on Android and iOS.

“EXORUN” is a 3-D game that allows you to play as one of the nine EXO members. Just like the supernatural abilities the members have for their concept, their game characters also have special abilities. Players can also change their characters’ costumes from head to toe.

Previously, SM launched their mobile rhythm game “Superstar SMTOWN” in August 2014. The company plans on continuing to use their artists’ intellectual property and create more mobile games for fans all over the world.

Check out Putto Entertainment’s teaser for “EXORUN” below!

Will you be playing EXORUN?

EXO
SM Entertainment
EXORUN
How does this article make you feel?