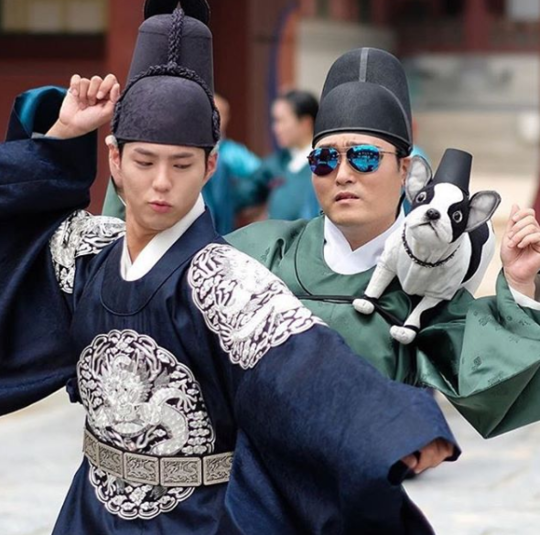 In the teaser, the actor is dressed as the crown prince and dances with his eunuchs. His charming expressions add more interest and fun to the dance.

His co-star Lee Joon Hyuk joins him later wearing sunglasses and a cat on his shoulder. Others in the court have mixed reactions. Some cringe in embarassment while others are itching to join.

The public had been looking forward to the teaser as many spotted Park Bo Gum doing the same dance in Gwanghwamun. Videos of him dancing have been spreading like wildfire and received much positive attention.

Watch the official teaser below!

The first episode of “Moonlight Drawn By Clouds” is scheduled to air on August 15.

Are you a fan of his “boombastic” dancing?