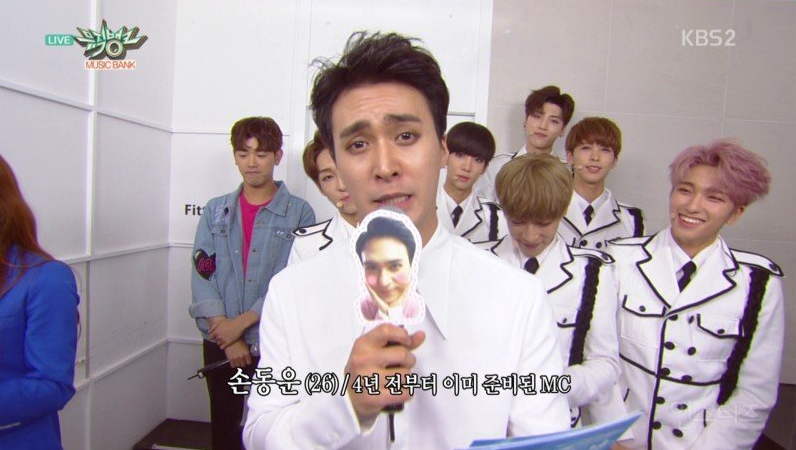 BEAST’s Dongwoon was able to fulfill his four-year dream of being an MC on the July 15 episode of KBS 2TV’s “Music Bank.”

Subtitles introducing Dongwoon as a special MC include the words “already prepared to be a MC four years ago.”

Dongwoon interviewed many artists who performed on today’s episode including Eric Nam, Snuper, GFRIEND, and more. He also paired well with current “Music Bank” MCs CNBLUE’s Kang Min Hyuk and LABOUM’s Solbin. The youngest member of BEAST proved his MC skills with his humorous parodies and his superb MCing.

Check out his MC skills below!

Son Dongwoon
BEAST
Music Bank
How does this article make you feel?