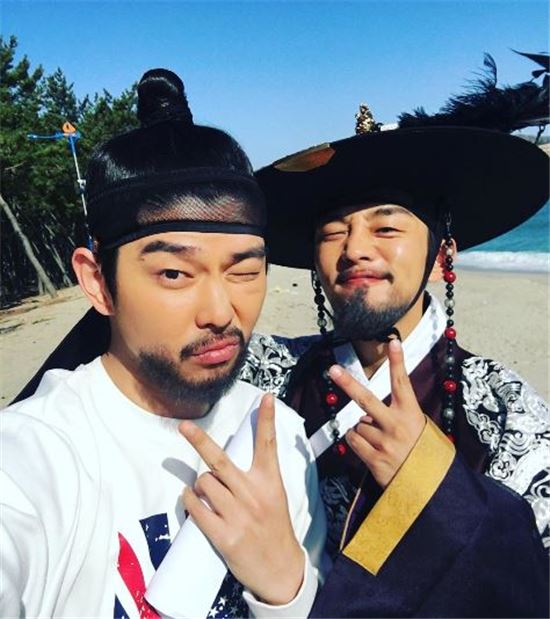 Actor Yoo Ah In shows his loyalty to former “Six Flying Dragons” co-star Yoon Kyun Sang by surprising him with a coffee truck on the set of “Doctors.”

On July 14, Yoon Kyun Sang posted a collage on Instagram, and parodies his own “Six Flying Dragons” character with a caption that says, “Warrior Moo Hyul… will overcome the heat and complete filming without a single mistake…!!” He also adds many hashtags related to Yoo Ah In, such as the actor’s real name Um Hong Sik, and his character’s name, Lee Bang Won.

In the photo, Yoon Kyun Sang smiles as he forms a heart with his fingers, looking grateful for the surprise gift.

The post also shows the banners hung around the coffee truck with a witty message from Yoo Ah In saying, “Moo Hyul. Good job working hard even though it’s hot out.”

Don’t miss out on the latest episode below!