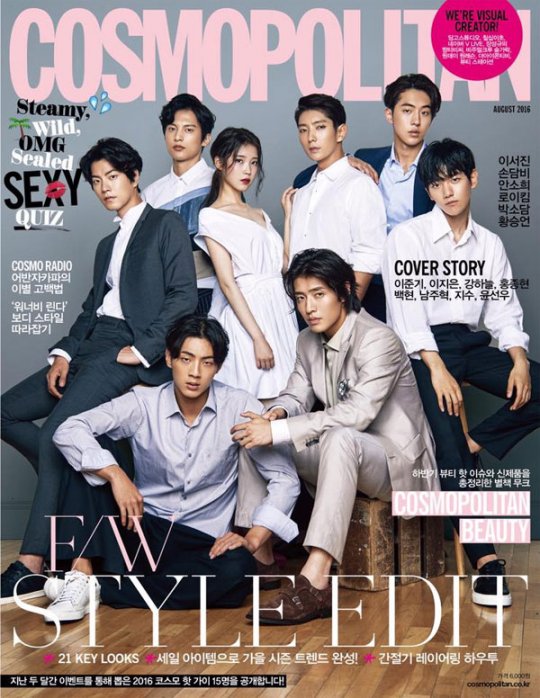 While they may only be acting as Goryeo princes, and somewhat princess, in SBS’s upcoming drama “Scarlet Heart: Goryeo,” the drama’s main cast look just as royal in real life for the cover of Cosmopolitan Korea.

On July 15, the fashion magazine revealed two covers for the month of August on Instagram.

For one of the covers, the seven “princes,” Lee Joon Gi, Kang Ha Neul, Hong Jong Hyun, Yoon Sun Woo, Nam Joo Hyuk, EXO’s Baekhyun; and Ji Soo, are cleanly dressed in various button-downs and slacks, while their outstanding visuals stand out. Looking beautiful herself, IU stands in the center in a simple white dress. 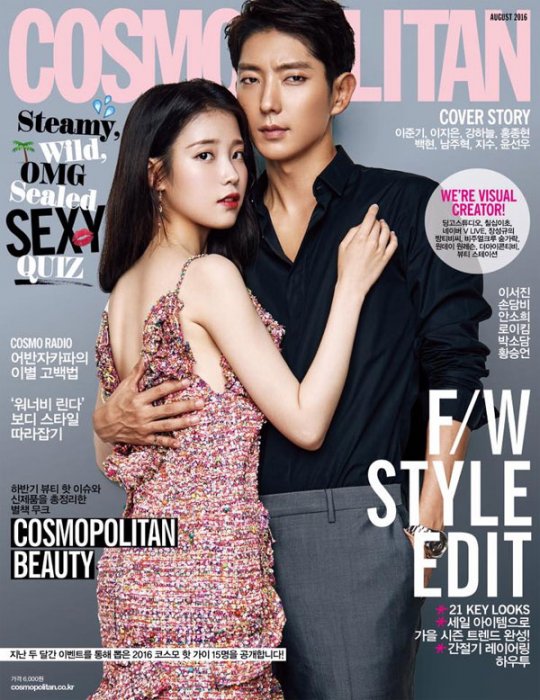 In the other cover, leads IU and Lee Joon Gi look fierce and show off an amazing chemistry, hinting at the romance that will be highlighted in the drama itself.

The magazine, as well Lee Joon Gi himself, previously gave a sneak peek at some of the other shots taken during the photo shoot.

Meanwhile, “Scarlet Heart: Goryeo” is a fantasy historical drama that tells the tale of Hae Soo (played by IU), a modern girl who finds herself back in the Goryeo era after falling through a time slip, and gets entangled in the fight for the throne. It will premiere on August 29, following the end of “Doctors.”