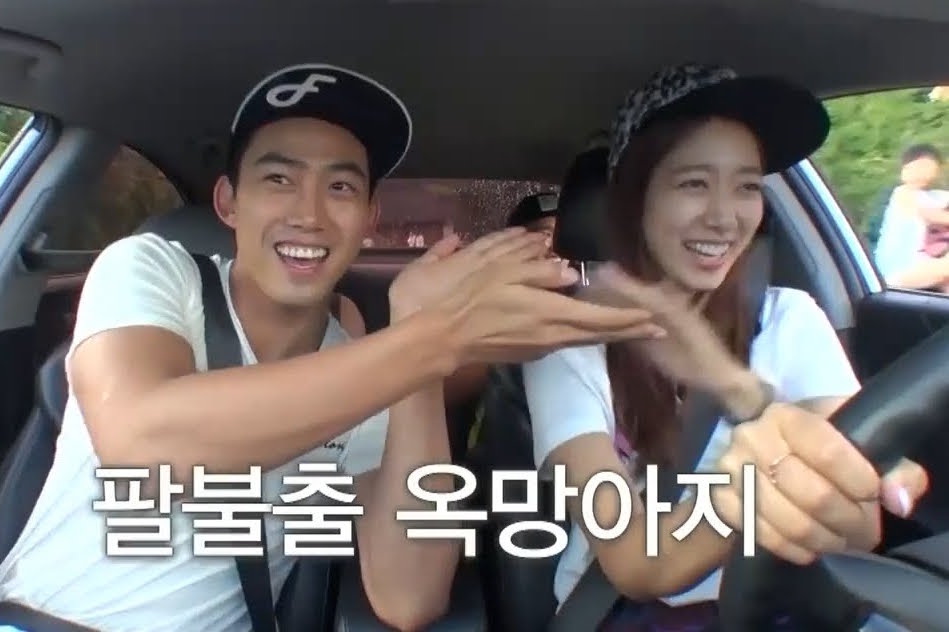 On July 15, Park Shin Hye posted on her Instagram in order to thank both Taecyeon and her fans for sending food support to the set of her current drama, “Doctors.”

Taecyeon appears to have sent a churro and coffee truck, along with a message that says, “Shin Hye, it’s hot but eat this and gain energy!” He also prepared cards that say, “Doctor Yoo Hae Jung, keep me *crying noises*,” giving a shout out to the actress’ character as well.

Along with a collage taken by the truck, Park Shin Hye includes a caption that says, “Is today my special day or somethinggggg! Following the fans’ food gift, ‘Three Meals A Day’ Ok Sung Bong family [member] Taecyeon oppa‘s coffee truck! churros! Right now, it’s drizzling here on set, and it reminds me of the corn we picked while standing in the rain. Thank you oppa! Fighting ‘Bring It On, Ghost.'”

As mentioned by the actress, the two stars previously appeared on tvN’s “Three Meals A Day” together, where they showed off an adorable friendship.

She also thanks her Chinese fans, who sent food support as well, providing meals for the whole cast and crew. Her message says, “Oh my god thank you. I’ll enjoy the food and gain strength in order to film.” Park Shin Hye also cutely adds a final hashtag that says, “Diet will start tomorrow [instead].”

Meanwhile, the actress is currently starring as the highly competent and independent Yoo Hae Jung in “Doctors.”

Check out her skills in action during the latest episode below!

Park Shin Hye
Doctors
2PM
Taecyeon
How does this article make you feel?