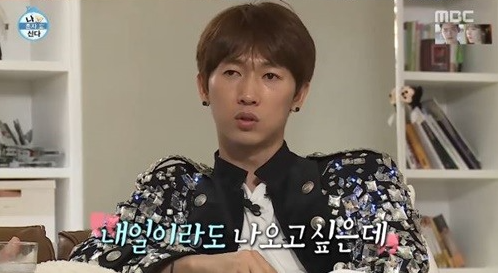 After they finish their meal, Chun Myung Hoon asks Jang Woo Hyuk the million dollar question, “When is H.O.T coming out?”

“Yea, you made the right call,” Chun Myung Hoon says. “I honestly thought you weren’t considering it.”

“If I could have it my way, I would like [H.O.T] to make a comeback within this year, even tomorrow,” Jang Woo Hyuk says.

Jang Woo Hyuk reveals that despite his desire for H.O.T to reunite, he is cautious. “I think the cards really have to be in our favor. Just like how sparks fly and a girl and guy fall in love, it has to be something you pursue with no strings attached.”

Jang Woo Hyuk continues, “As I think about doing [H.O.T] again, I find myself getting ambitious because we received just so much love from fans. If we were to disband again, that’s just not okay.”