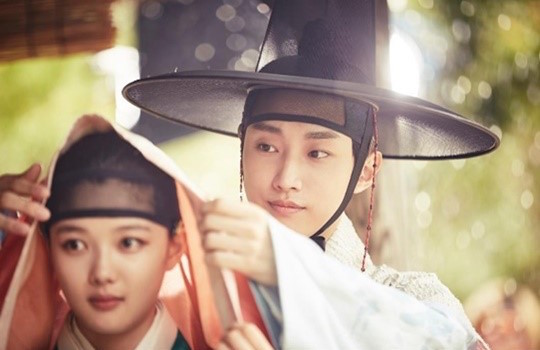 The two are swoon worthy in the photos as Jinyoung puts a sseugae chima (Korean traditional veil worn around the face) on Kim Yoo Jung. The caption describes Jinyoung’s character Kim Yoon Sung as one that “makes the hearts of the women in the streets flutter with just one word.”

In another photo, the two smile cheerfully as they stand side by side.

Meanwhile, “Moonlight Drawn by Clouds” is slated to air its first episode on August 15.

Will you be tuning into this drama?

Kim Yoo Jung
Love in the Moonlight
B1A4
Jinyoung (B1A4)
How does this article make you feel?