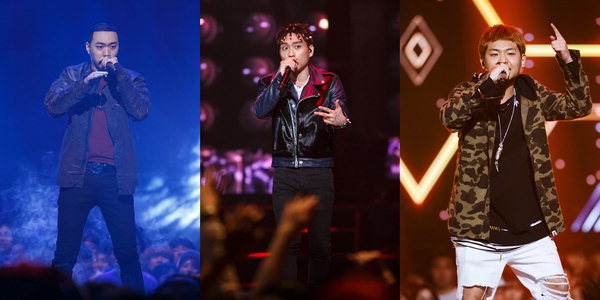 Watch: “Show Me The Money 5” Final Winner And Performances Revealed

On July 15, the final episode of Mnet’s “Show Me the Money 5” revealed final performances and the final winner.

The first round featured the finalists performing with their producers. The two rappers with the most votes/money move on to the second round. For the first time in the show’s history, they incorporated live text voting to determine 50 percent of the results on the live broadcast. The remaining 50 percent was determined by the audience at the scene.

Check out their producer collaboration performances below!

BewhY came in first place for the first round while C Jamm came in second and Superbee got eliminated coming in third.

Following these results, BewhY and C Jamm held their final stages that would determine the winner. The voting system was the same as the first round, with 50 percent of the results coming from text voting and audience voting each.

Watch their final performances below!

In the end, BewhY won with 53 percent of the text votes and more on-the-scene audience votes. BewhY and C Jamm are known to have been close friends since high school which was reflected in the way C Jamm wholeheartedly congratulated BewhY.

Do you agree with the results? Which performances were your favorite?

c jamm
SuperBee
BewhY
Show Me the Money 5
How does this article make you feel?