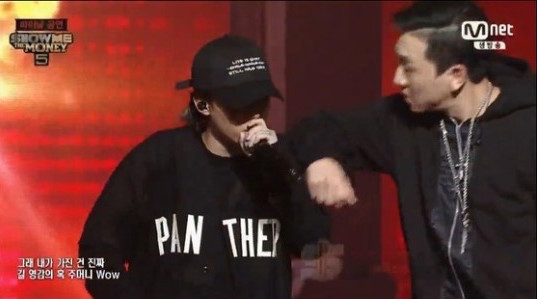 As expected of as season finale of the show, the July 15 episode of Mnet’s “Show Me the Money 5” featured amazing performances from Superbee, C Jamm, and BewhY, who were the last ones standing.

Before the final results are announced, other “Show Me the Money 5” contestants perform an intense, special performance.

This congratulatory stage is a collaboration between Flowsik, Boi B, G2, Woo Tae Woon, and Hashswan, who all made headlines during the show. Their track “Goblin” was also joint-produced by producer Gil and all five rappers, making it extra special.

Check out their powerful rapping below!

Meanwhile, the contestants of the upcoming third season of “Unpretty Rapstar” also performed a special stage with a track produced by Primary.

However, this track will be digitally released after the show’s premiere on July 29, as opposed to with the other songs from this episode.

Did you like these performances? Which was your favorite?

Show Me the Money 5
Unpretty Rapstar 3
How does this article make you feel?