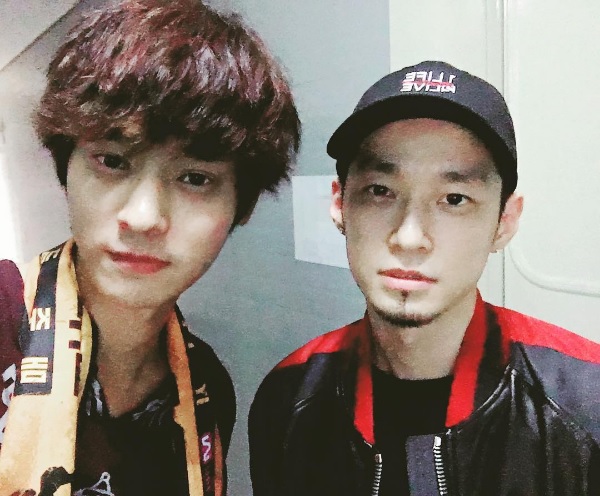 Doppelgangers Jung Joon Young and The Quiett Snap A Photo Together

Singer Jung Joon Young and rapper The Quiett reveal how much they resemble each other in a recent photo.

On July 16, Jung Joon Young posted the image on Instagram along with the caption, “Do we look alike?”

In the picture, two gaze at the camera with matching oval faces, clear skin, sharp noses, and thin lips.

With their faces side-by-side as they look straight ahead, the similarities of the two artists become more evident.

Meanwhile, the two have been busy, with Jung Joon Yung charming viewers with his wackiness whenever he appears on various television programs. Recently, he even hilariously traveled to Sokcho, the only place in Korea where Pokemon GO runs, in order to play the popular app.

The Quiett recently appeared as a producer on the July 15 finale of “Show Me the Money 5,” finishing at third place with Superbee.

Do you think they look alike?

The Quiett
Jung Joon Young
How does this article make you feel?