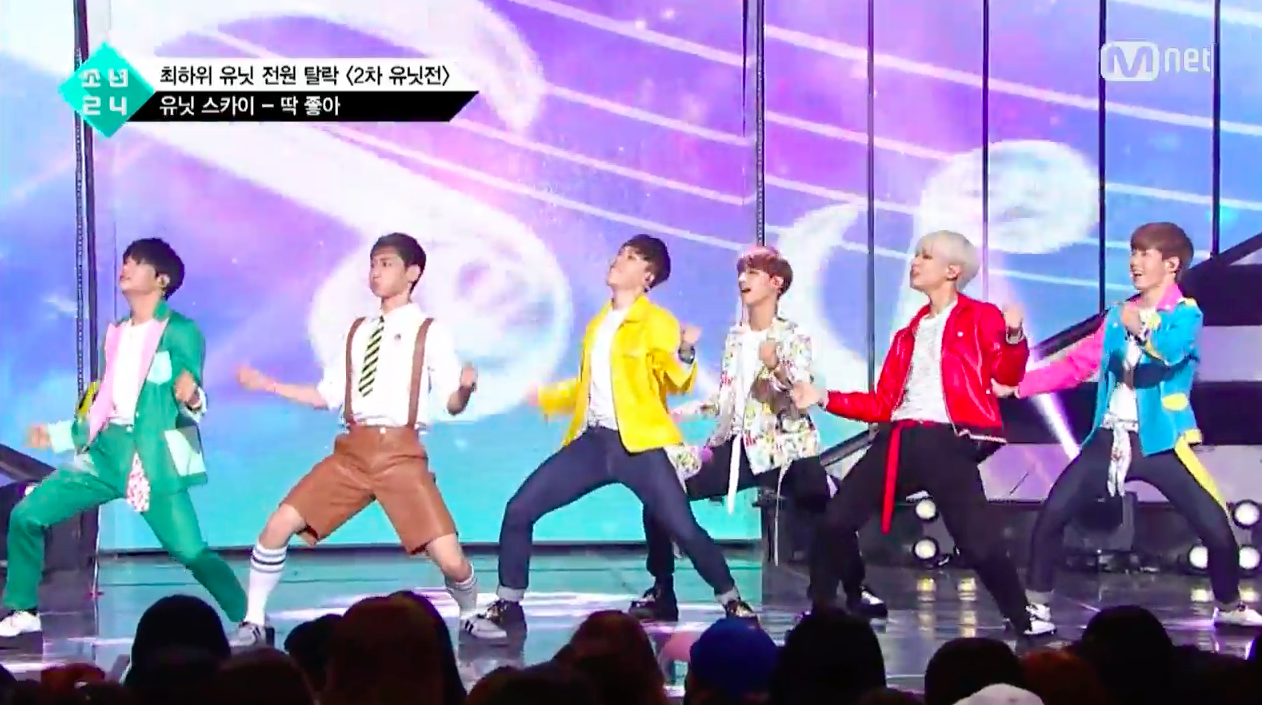 The latest episode of “Boys24″ includes a surprisingly close result as each team battles to stay out of last place and avoid elimination.

July 16’s episode of “Boys24” features several great cover performances from the units, with all of them working under the theme of trying to win women’s hearts. With Unit Purple eliminated last week, the remaining teams in this second competition are Red, Green, Yellow, Blue, Sky, and White.

This week, the guys are all thrown into a bit of chaos during rehearsals by a “Song Change Mission,” where they suddenly have to switch the song they’ll be performing with another group. Naturally, some groups are happier about this than others, as some had been working on songs that they were confident they’d be able to succeed with and are unsure about their new track.

Unit Red goes up first to put their own spin on BTS’s hit “I Need U” (including a trick that shocks the audience) and receives 398 points. The group had been last in line to pick their song, but were absolutely thrilled when they were able to grab the BTS track during the song change.

Next up is Unit Green’s 180-degree change from last week’s performance with their cute cover of SEVENTEEN’s “Adore U,” which earns them 417 points.

Unit Blue is up next with their cover of TVXQ’s “Mirotic,” featuring a vampire concept that is suggested by leader Inho. During rehearsals, the guys struggled a bit with the complex choreography with their capes, and didn’t seem quite sure about the idea. Unit Blue receives 393 points, falling behind Unit Red by 5 points.

Unit Sky had some trouble during their preparations as well because leader Sangmin came down with a bad cold and couldn’t take part. Nevertheless, the members perform GOT7’s “Just Right” with a “Harry Potter”-inspired intro, and gain an amazing 447 points.

Last up is Unit White, who had to switch their song with Unit Red from BTS’s “I Need U” to 2PM’s “10 Out of 10.” As they had been confident about their ability to do well and fit the theme with their “I Need U” performance, they were upset when they found out they had to change. Matters weren’t made any easier by the fact that the group had to share the same rehearsal space with Unit Red. The group is known for their cuteness, and so they worry about whether they’ll be able to pull off “10 Out of 10.” They end up receiving 394 points for their performance.

This means that in the end, Unit Blue is eliminated with only one point less than Unit White. All of the team’s members are now off the show, including leader and fan-favorite Inho, who was number one in the show’s individual ranking overall. 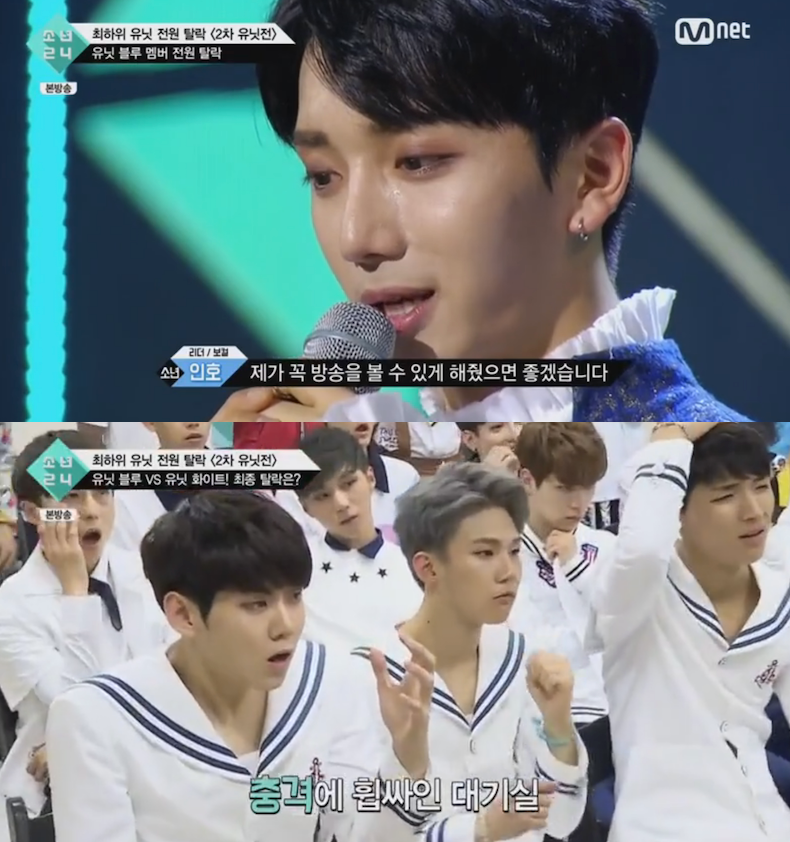 The audience, expert panel, and other contestants all seemed shocked by the fact that Unit Blue and Inho have been eliminated, with tears flowing both onstage and off as the guys say their goodbyes. 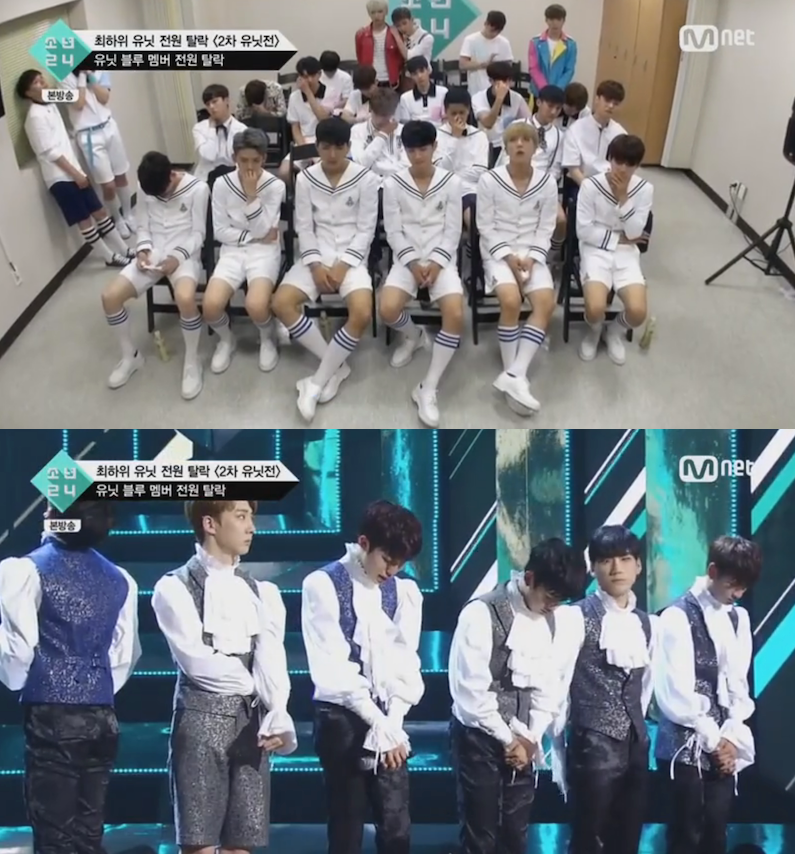 Are you sad to see Unit Blue go?