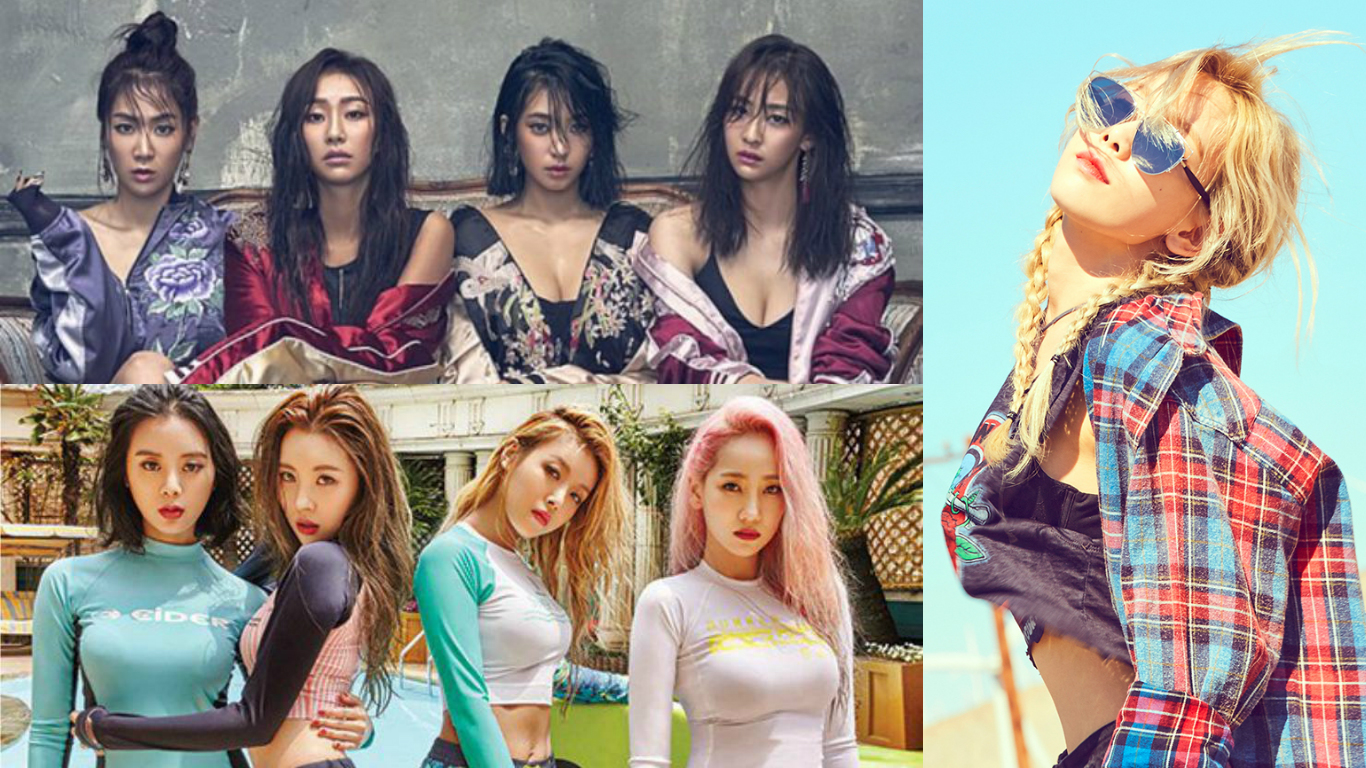 Congratulations again to K-Pop’s queens of summer! SISTAR remains No. 1 this week with “I Like That.” This song picked up three more music show wins last week in Music Bank, M!Countdown, and Show Champion. Overall it scores even more points than last week, giving it an easy edge to remain our top song of the week.

There are two new songs in the Top 10 this week. Moving up 11 spots to a distant second place is Taeyeon’s latest hit, “Why.” Taeyeon made her solo debut last year with the big hit “I” and was one of the top soloists last year. Now she follows up with her second mini-album, featuring a trendy house-style pop ballad. It’s more up-tempo than her previous hits, making it a perfect track for hot summer days. “Why” is written by LDN Noise, who also took part in writing EXO’s recent chart-topper, “Monster.” The song and lyrics are designed to recharge your body after a long day of work. “Why” won on Inkigayo last week. Will it manage to unseat “I Like That” for the top spot next week? We shall see!

Debuting at No. 10 is Wonder Girls’ new song, “Why So Lonely.” Since coming back as a four-member group last year, the Wonder Girls have switched to a pop rock band style. Since the concept was well-received, they continued with this style on their new single album, “Why So Lonely.” The title song is a reggae-style pop rock song with guitar rhythm. The song is actually written by Wonder Girls themselves, marking the first time they promote a self-written song. The lyrics are about couples in love feeling cynical at times. “Why So Lonely” dominated the independent charts last week. If it receives lots of love from music show rankings, it may even have a good chance to challenge for No. 1 next week.