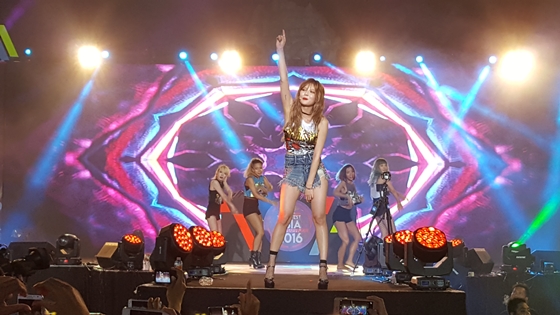 Singer HyunA ended “Viral Fest Asia 2016” with a bang with her closing performance at the program held in GWK Cultural Park in Bali, Indonesia.

This performance marks her first solo stage after 4Minute officially disbanded in June this year. “Viral Fest Asia 2016” was organized by video platform Web TV Asia, with 30 artists from 12 countries in attendance.

During an interview, HyunA stated, “Honestly, I was very nervous. I was performing alone and representing K-pop among international artists, so it was a challenge.” 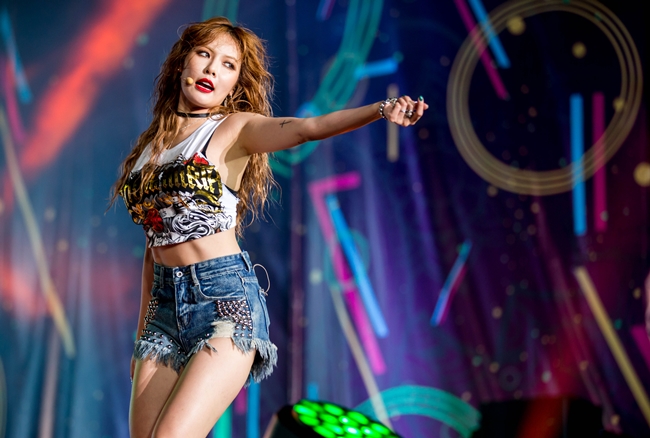 HyunA was invited by the organizers as a former member of K-pop girl group 4Minute and star of PSY’s viral “Gangnam Style” music video, which continues to make waves on YouTube and various other video platforms internationally, making an impressive influence on the global music market.

She continues, “It feels good that K-pop singers are representing Asia. I’m grateful for being able to perform the finale at an event that promotes Asian musicians worldwide.”

Finally, HyunA shares, “I think today was meaningful because it is a starting point for Asian singers to show our influence around the world. I realized that there is more potential in Asia than I thought.”