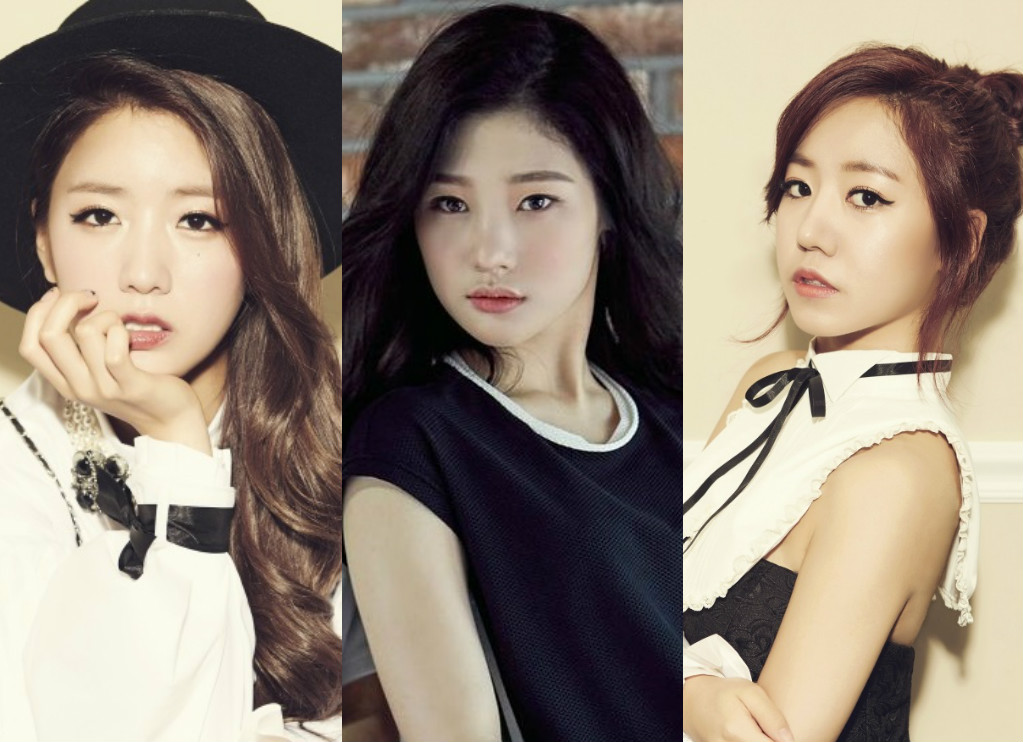 I.O.I and DIA member Jung Chaeyeon is releasing a single with her seniors Bomi and Namjoo from A Pink.

On July 17, various sources reported that Bomi, Namjoo, and Jung Chaeyeon are working together for a song to be released in July.

The single will include not only the three girl group members, but also various other singers. The project features an unexpected combination given that DIA is from a different agency than A Pink and that the two groups have a four-year gap between their debut dates.

A representative stated, “This upcoming project gathers popular female idols to create a song for the summer. We hope that the results of this project featuring members who have vocals, beauty, and more, will catch your interest.”

Bomi, Namjoo, and Jung Chaeyeon will drop their single in July and aim to capture the season of summer with their refreshing charm and teamwork.

Meanwhile, Jung Chaeyeon is set to rejoin I.O.I’s activities in the second half of the year after promoting with DIA, while A Pink is currently touring in Japan.