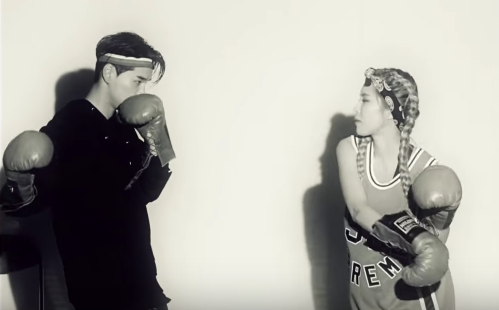 Rapper Heize has dropped the music video for her highly anticipated collab with DEAN and DJ Friz.

“And July,” the title track of her new mini album of the same name, features both Heize and DEAN’s vocals. The two artists also co-star in the music video as a couple that can’t live with each other but also can’t live without each other.

Both “And July” and Heize’s last collaboration with DEAN “Shut Up and Groove” are included in Heize’s new mini album, which was released along with the music video on July 18 at midnight KST.

You can watch the music video for “And July” below. Would you like to see more Heize x Dean collaborations in the future?

Heize
Dean
DJ Friz
How does this article make you feel?