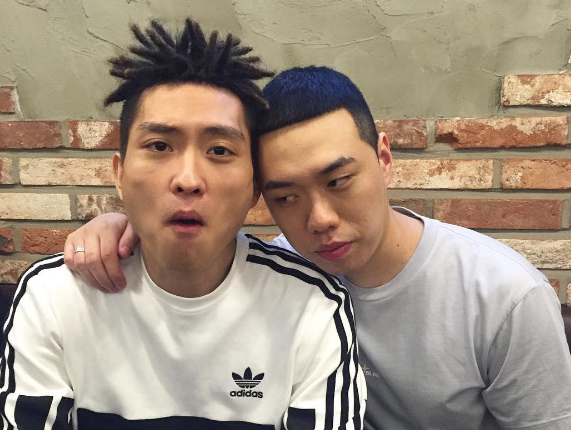 CJamm Never Planned To Audition For “Show Me The Money 5”

Although only one rapper won Mnet’s “Show Me the Money 5,” there were two people that took the spotlight on the show’s final episode. With the runner-up more excited than the winner, and the winner lifting up his friend’s hand, it was clear that the two rappers who met in high school were now standing together with that same close friendship on the show.

CJamm, who placed second, described the experience saying, “it was like a dream.” Leaving his disappointments behind, he expressed being happy that he was able to compete with his long time friend. “Rather than dwelling on who won or who lost, I was happy that the dreams that BewhY and I imagined were now a reality,” he said.

The rapper gained much attention for his unique rap skill and his carefree stage manner on “Show Me The Money 3,” and continued to impress hip-hop fans in season five. But surprisingly, CJamm revealed that he never intended to join “Show Me The Money 5.”

“Because I was in a previous season, I was helping BewhY with his audition instead. But as I helped him, I began to miss performing on stage, and I wanted to compete against him in the final round.” He prepared his audition two weeks before the first round, hoping that the two would become the main focus of “Show Me The Money 5.” “The conversation that BewhY and I shared went from a dream to a reality,” said the rapper.

With a sharp but classy style of rapping, CJamm was recognized by many rappers for his talent even before appearing on the show. Currently in the agency Just Music, CJamm plans to continue creating music while focusing on writing with his crew $exy $treet. In regards to his future plans, CJamm says, “It is encouraging to see the general public learning more about BewhY and our crew $exy $treet. I also plan to collaborate with BewhY this time not as a competitor, but as a partner to create havoc.”

BewhY
Cjamm
Show Me the Money 5
How does this article make you feel?