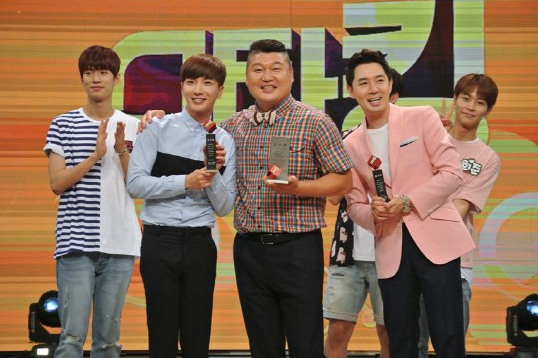 SBS’s “Star King” aired its first episode on January 13, 2007. The show quickly became popular as it provided many laughs and moved hearts. A variety of talented individuals, approximately 3,000 or so, were guests on the show. “Star King” was the first variety show to feature non-celebrities as the stars of the show. The premise of the show was to showcase non-celebrities with surprising talents or special stories.

Kang Ho Dong has been the primary MC of the show. His name has become almost synonymous with “Star King.” Leeteuk also joined him as an MC and has been with the show for a lengthy time.

While filming their final episode on July 18, the MCs opened up about how they felt about the end of the show. Kang Ho Dong said, “‘Star King’ was my life’s school. I learned something every moment I stood on this stage. I sincerely thank everyone who has been a part of knocking on the door of ‘Star King’ which was a window that helped dreams to come true and not be lost in this tough world.” 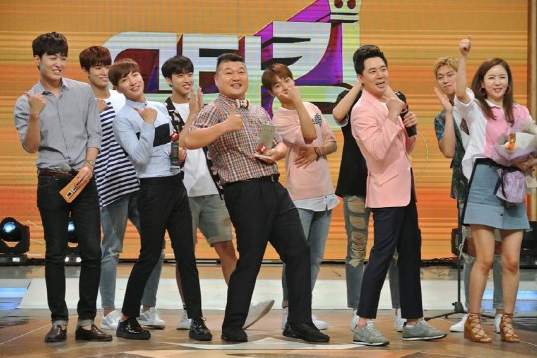 The last episode of “Star King” will air on August 9. Its follow-up show has yet to be decided.

Star King
How does this article make you feel?