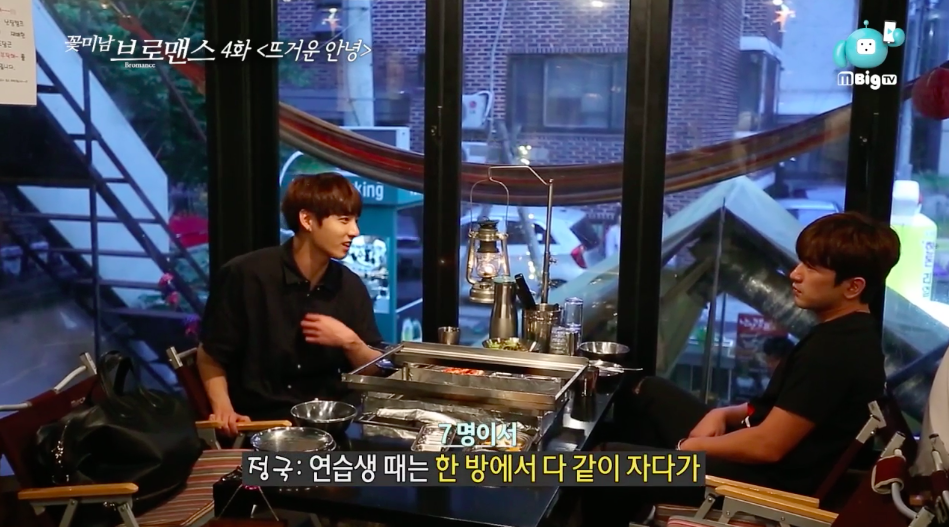 On July 19’s episode of “Celebrity Bromance,” BTS’s Jungkook and Shinhwa’s Minwoo re-energize with some delicious barbeque after their workout!

After Jungkook and Minwoo finished working out at the rock climbing gym in last week’s episode, they’re now headed to get some meat, which Minwoo has promised he’ll buy for Jungkook. The two guys are the first pair on “Celebrity Bromance” who were not friends before they met up to film the show, but they clearly seem more comfortable with each other by the time they’re grilling the food together at the restaurant.

Jungkook and Minwoo talk about life as idol group members as they eat, as well their hobbies, tastes, and personalities. Minwoo says that since the members of Shinhwa are all living in their own places, it’s hard to get together now. He asks Jungkook if BTS still lives together in a dorm, and when he says yes, Minwoo comments that life in a dorm is really great. Jungkook replies, “I’m really comfortable in the dorm. I feel like we’ll probably keep living together in a dorm even in the future.” 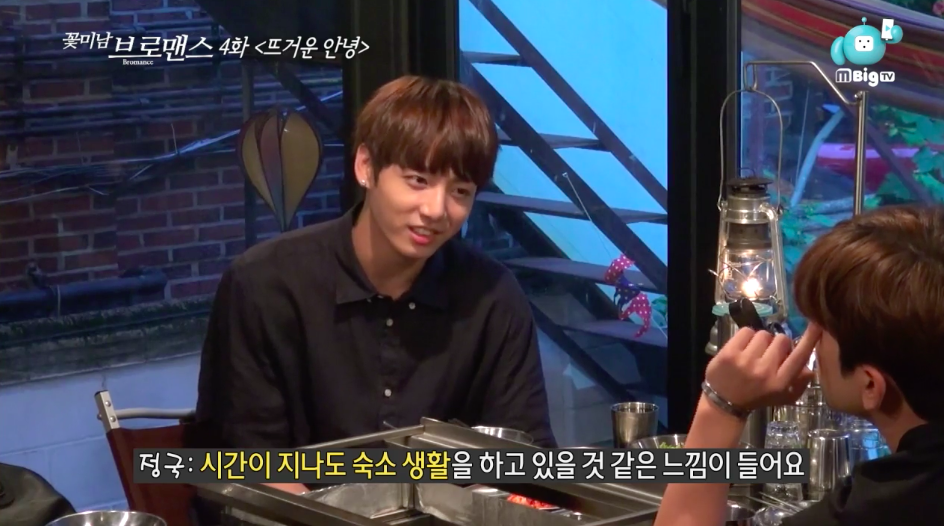 Minwoo asks how long they’ve been living together, and Jungkook says it’s been five years now. “When we were trainees, we all slept in the same room, but now we’re in separate rooms,” he says. “I think that there was a certain charm to us all sleeping together. It was really cramped, but there were a lot of great memories.” 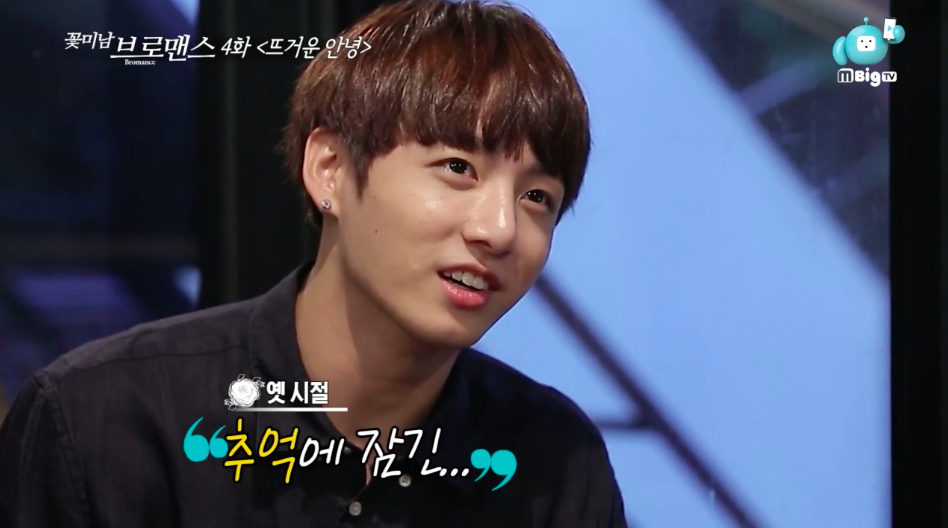 Minwoo then shows Jungkook how to shake up a lunch box to make everything even more delicious, and the guys keep chowing down after their tiring workout. They then head to Han River to take in a beautiful water show, and grab ice cream for dessert. 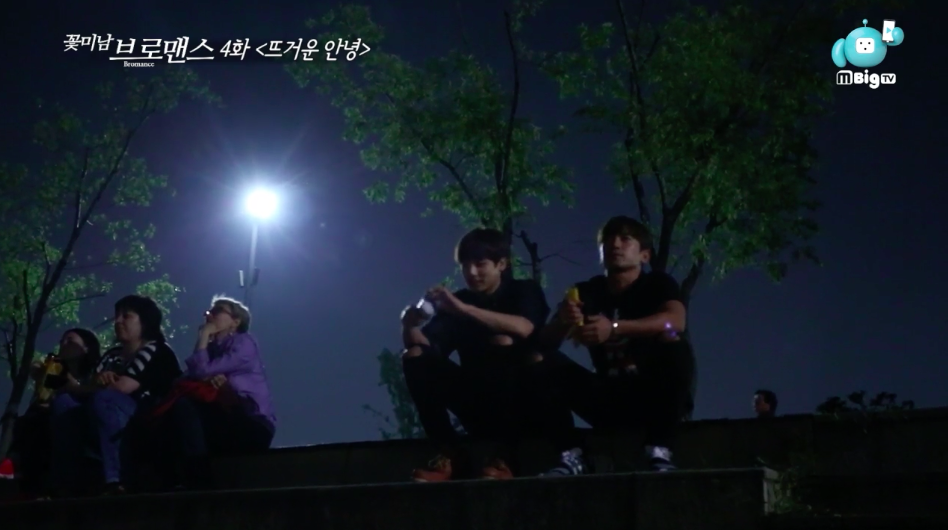 As they sit by the river, Minwoo says that he’d like to go on a trip abroad with Jungkook, and Jungkook replies, “I’d love to do that, we could go surfing!”

Before they say goodbye, Minwoo advises Jungkook to take care of his health during his busy life as an idol so that he doesn’t suffer from illness as Minwoo did. As the fans gather around them by the river, the pair talk about fame and how grateful they are that people recognize them. 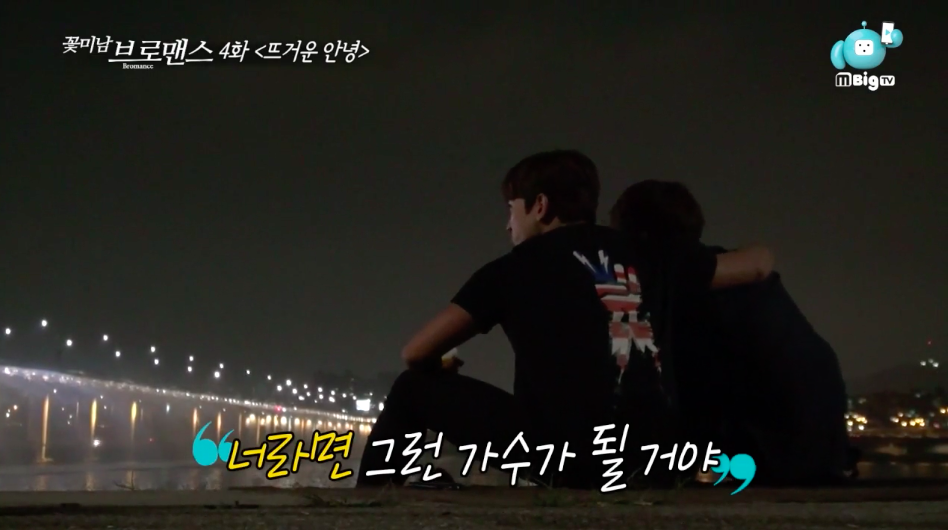 Watch the full episode of “Celebrity Bromance” below, with English subtitles!

“Celebrity Bromance” airs every Tuesday at 11 p.m. KST on Naver TVCast. The next pair has yet to be announced. Who do you want to see up next?