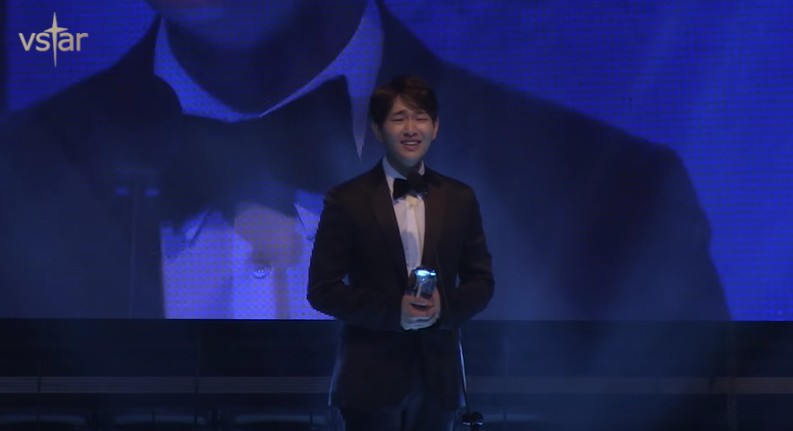 At the second “Scene Stealer Festival,” which took place on July 19 at the Jangchung Gymnasium in Seoul, SHINee’s Onew and Park Hye Sun were honored as this year’s “scene stealers,” an award given to actors who have made a lasting impression with their acting despite being relative newcomers.

Onew was honored for his acting in “Descendants of the Sun,” and Shin Hye Sun for her work in drama “Five Children” and the move “A Violent Prosecutor.”

During his acceptance speech, Onew shared from his heart, “I haven’t been doing this for a while. I am almost 10 years into my debut, but you’ve only seen me as an actor in ‘Descendants of the Sun.'”

He continues, “I believe I am here [receiving this award] because of the people who supported and pulled me along.”

“I cried a whole lot in ‘Descendants of the Sun,’ so I want to show you a [crying] scene,” Onew says. “I am preparing it now,” as tears well up in his eyes and he begins breathing in heavily.

What a sweet fan service! Do you enjoy Onew’s acting in “Descendants of the Sun”?

Descendants of the Sun
Shin Hye Sun
Five Children
Onew
Scene Stealer Festival
How does this article make you feel?