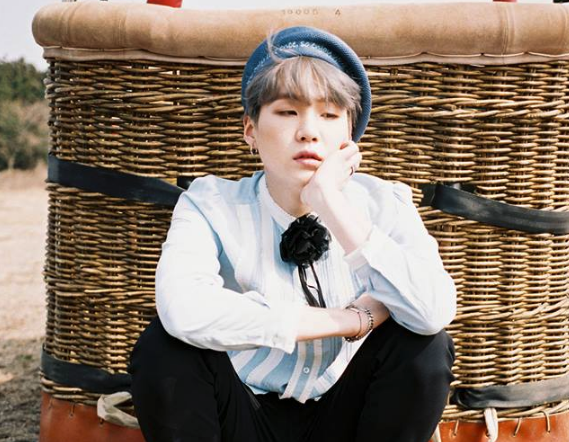 BTS’ Suga will be releasing his first solo mix tape since his debut.

Suga will be releasing it hopefully in the beginning of August. This is his first solo mixtape after his debut as BTS, and he will be able to show his talents as a rapper with the self-written songs.

Mixtapes are usually made in the hip-hop industry and are distributed for free. Since this isn’t an official release, there’s no need for deliberation or filtering, allowing fans to hear artists’ sincere stories.

Suga has recorded his bold and hard-hitting stories for this mixtape, and will give off a new charm that is different from when he is promoting as a BTS member. This will surely give a glimpse of Suga’s superb musical talents.

He has recently finished recording the mixtape and is now filming the music video for his new song.

BTS’s Rap Monster has released his own mixtape before and received great feedback, so fans are very excited to see Suga’s.

Are you looking forward to this?