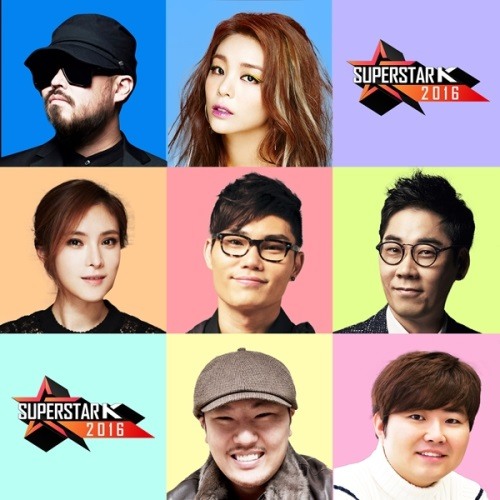 Audition program “Superstar K” is set to make its return, and all seven judges have been chosen!

On July 20, the show unveiled a new poster showing the seven judges. Previously, only Kim Bum Soo had been confirmed to appear on the show.

According to the poster, Gummy, Gil, Kim Yeon Woo, Brave Brothers, Ailee, and Han Sung Ho of FNC Entertainment have joined him in the list of judges. The lineup is a mixture of veteran singers and producers in the industry.

The judges will be separated into the categories of “Legendary Vocal,” “Trendy Artist,” and “Star Maker.” The contestants will be judged not only on their vocals but their star power, public appeal, and potential.

An Mnet representative stated, “‘Superstar K 2016’ will show the most change among all the ‘Superstar K’ seasons. In order to show the audiences something new, we will be transforming the show all the way from the judging lineup. Please anticipate the new season.”

Superstar K 2016
How does this article make you feel?