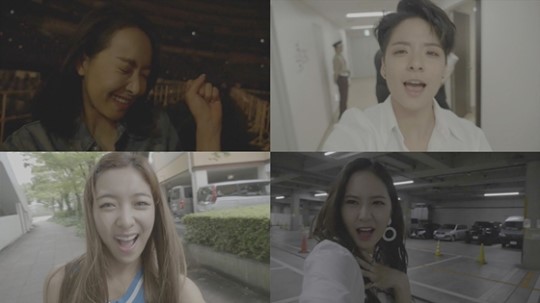 f(x)’s upcoming music video for “All Mine,” the group’s release through SM Station, will showcase member Amber Liu’s directing skills!

According to SM Entertainment on July 21, Amber contributed her directing skills to the music video, which is formatted like a documentary that captures f(x) while digesting their overseas schedules.

“All Mine” is an uptempo EDM track produced by LDN Noise that expresses the feeling of being on top of the world when you fall in love. It will mark SM Station’s 24th release and will drop on July 22 at midnight KST on various music sites including MelOn, Genie, and Naver Music.

Are you looking forward to this music video?

SM STATION
Amber Liu
f(x)
How does this article make you feel?