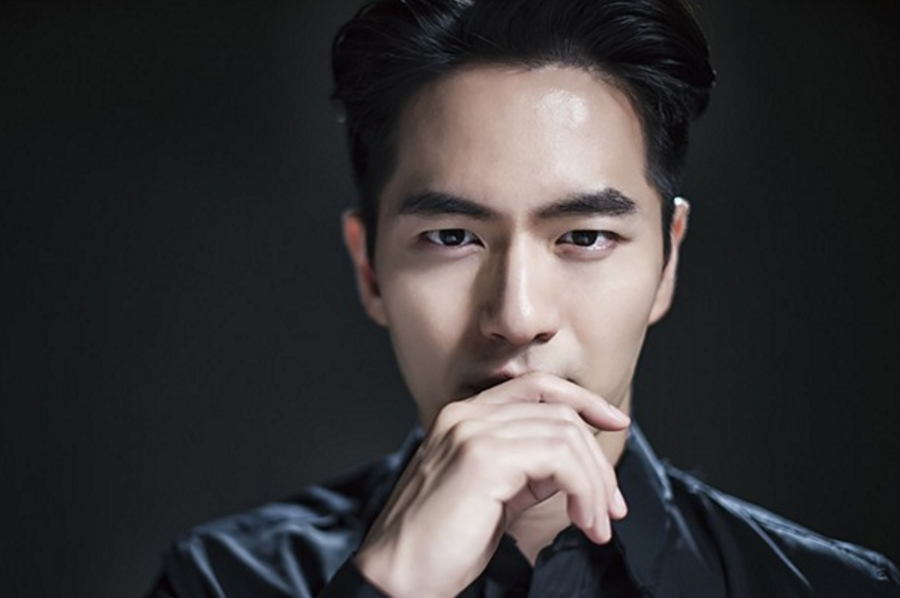 On July 21, in an exclusive report, Dispatch revealed call records and photo evidence submitted by Lee Jin Wook and the plaintiff (hereafter referred to as “A”) in the sexual assault case, as well as statements made by both to Dispatch.

The order of events are as follows, as reported by Dispatch:

Lee Jin Wook, A, and their mutual acquaintance meet for dinner at roughly 8 p.m., and go their separate ways after 9 p.m., after which Lee Jin Wook and his friend go off to a second location.

Both sides give their explanations of the phone calls and texts that were exchanged:

A’s side said, “Lee Jin Wook said he would install blinds for [A]. At first she said it was okay and declined. Then he called again and said he would just check parts and leave. It was difficult [for A] to reject his goodwill further, and after the second call ended, she sent him her address.”

Lee Jin Wook’s side: “Lee Jin Wook called first. The conversation was normal. He also talked about blinds. However, if A had expressed opposition, he wouldn’t have gone to her house. She told him what intersection he should go to, and he called her again to get an exact address.”

Both parties’ accounts of A’s reasons for texting Lee Jin Wook also differ. Lee Jin Wook submitted the two texts — in which A told him her address and building passcode — as evidence supporting his claims to police, while A says Lee Jin Wook asked her for her address, and that she sent him the code to her building because her intercom was broken and she wouldn’t be able to hear him page her apartment. “This was confirmed by the police when they inspected the scene. It was a very natural text to send,” said A’s side.

Results released for A’s injury report and examination of Lee Jin Wook’s body for signs of resistance from A:

Dispatch also came into possession of the injury report and photos of A’s injuries — from July 15 — that were submitted as evidence of force, which show bruises on various parts of her body, including her ankle, knee, shoulder, cervical vertebrae, and lower back. The report states that the injuries would take two weeks to heal fully.

Meanwhile, Lee Jin Wook’s side is skeptical of the injury report, as it was done two days after the alleged incident.

A’s side claims that she had never been to the police station, and didn’t know proper procedure. “When she was submitting her complaint, they told her to bring evidence. That was the evening of July 14. Photos were then taken, and the injury report was written on July 15.”

Lee Jin Wook’s side: “There was no telling who started it. It progressed naturally. Lee Jin Wook also was examined for injuries at the police station. There were none to be found on his body. If there had been use of force, A would have resisted. There is not one single nail mark [on Lee Jin Wook’s body].”

A’s side explains the texts A sent to the mutual acquaintance (“B”) following the alleged sexual assault:

That morning after the alleged sexual assault, A texted her mutual acquaintance with Lee Jin Wook (hereafter referred to as “B”) and sent him a link with information about a burger franchise that is opening soon in Korea, which they had previously agreed to go to all together.

Explaining why she sent those texts, A’s side said it was a sort of “ice breaker,” because she wanted to ask about Lee Jin Wook’s behavior. “A was frustrated with the situation, so she sent a text to B. She wanted to know if B knew what Lee Jin Wook did, but B’s reaction didn’t indicate that he knew anything, so A didn’t feel the need to continue messaging him.”

Meanwhile, Lee Jin Wook’s side claims that the texts are uncharacteristic of someone who has just been a victim of rape, and that it doesn’t make sense that A waited a day to report the assault.

Why did A wait to file the complaint? Both sides comment:

A’s side explained how her thought process changed from July 13 to 14, when she filed the complaint for sexual assault. “If A just wanted money, wouldn’t she have immediately gathered evidence? She at least would not have washed the blankets and towels that had bodily fluids on them. She would have gone to the police without showering. Because all of those things are evidence.”

Lee Jin Wook’s side: “We don’t think money is what [A] wants. If it is, she would have contacted the agency. Lee Jin Wook had an extremely good feeling about A, which makes [this situation] harder to believe. We are also curious as to why A changed her mind. They separated on good terms…”

Final statements to Dispatch made by both sides:

“What do you think a legal battle is like for a civilian going up against a celebrity? They make the victim the assailant. They tend to make [the victim] look like a gold digger. I’m just a normal person. I take the subway to work, and I love my job.

“That’s why I have no choice but to be more careful. Will I be able to win in a fight with a celebrity? Will my identity be protected? Will there be rumors going around my friends, my family, at work? They say I sued just because he is a celebrity? No. That is the reason why I’m scared.”

“A celebrity is extremely careful when starting any sort of relationship with a civilian. Especially these days. Lee Jin Wook felt that A was trustworthy. While it was a short period of time, he thought they were connecting. That’s why he contacted her again.

“It was A’s house. What if she had domestic CCTV? Or if she had some cameras set up? If a woman says no, it’s impossible to push. Because he’s a public figure, he has no choice but to be more cautious. Because he knows it would be the end.”