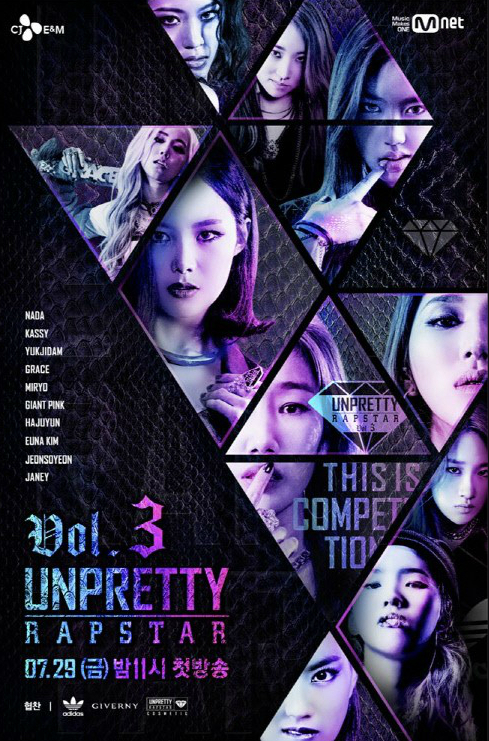 A special live broadcast of Mnet’s “Unpretty Rapstar 3” is airing on July 21. The live episode will have ridiculous missions that will incorporate viewer’s votes in determining the fates of 10 rappers.

On July 21 Mnet revealed, “On 8 p.m. KST, through NAVER TV cast and Tving, a live broadcast of “Unpretty Rapstar 3″ will have one vs. one rap battles that will affect eliminations.” The 10 rappers to take on these missions include: Grace, Nada, Miryo, Yuna Kim, Yuk Ji Dam, Giant Pink, Jeon Soyeon, Janey, Kassy, and Ha Joo Yeon.

There are five missions with each rapper paired against another, and the theme of the missions will be revealed at the same time of the live broadcast. As the rappers perform live, viewers will have 30 minutes to vote and influence who will survive.

The PD of “Unpretty Rapstar 3” stated, “This live mission for the show will be the first introduction of each rapper’s image to the general public. It is also a mission that will influence eliminations, so the production team and those appearing on the show are nervous. The 10 rappers are working very hard to create perfect stages and are giving it their all.”

The actual first episode of “Unpretty Rapstar 3” will be airing July 29.

Which rapper are you most looking forward to?