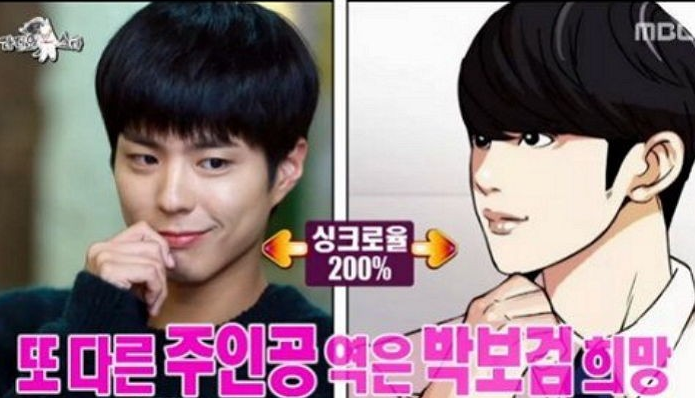 “Radio Star” had a themed episode titled “I Introduce My Crazy Friend,” with guests Jeong Jinwoon, Urban Zakapa’s Jo Hyuna, and webtoon writer Park Tae Joon. As the writer talked about how his webtoon was going to turn into a movie, Park Tae Joon said, “Ahn Jae Hong would be perfect as the main character.”

“It would be great if Park Bo Gum was the other main character. I think he would really fit the character. If Vasco and Jay Park could also be cast, I would be thankful,” the writer added.

“Lookism” has been published serially since November 2014 on South Korean portal site Naver and made it to number one on the site’s overall rankings, gaining much popularity.

Park Bo Gum
Ahn Jae Hong
How does this article make you feel?