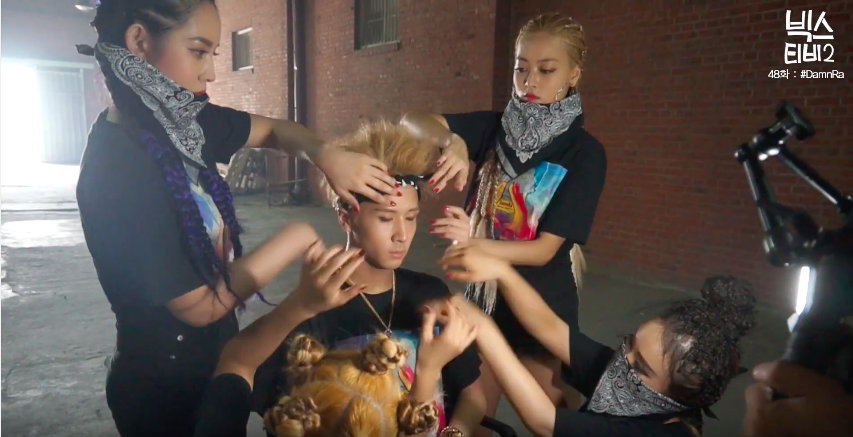 Earlier this month, VIXX’s Ravi released a performance video for his Jellybox collaboration “DamnRa” with SAM&SP3CK.

Now VIXX’s official YouTube channel has revealed what went on behind the scenes of the intense performance.

In the video, Ravi confers with his dance team, choreographers, and directors to get the best cuts. He introduces the team that came up with the choreography, OHBODY and WOOZ of CUBESOUND, and encourages people to follow them on Instagram.

Ravi also films several scenes with a Doberman named Ben, who shoots (almost) all his scenes perfectly. Ravi develops a bond with the dog, but is surprised when he listens to his orders on set.

The video also shows a surprise appearance from VIXX’s Hyuk! The maknae comes to cheer on his group member and records an encouraging message for him.