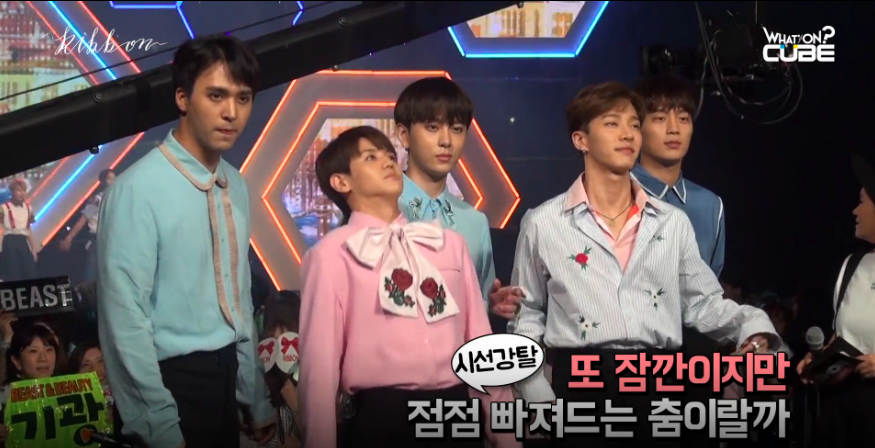 BEAST has released another behind-the-scenes video! Like the last one, the video shows what the group gets up to while promoting on music shows, including their recent wins and Dongwoon’s stint as an MC on “Music Bank.”

Dongwoon talks about being honored and how he “worked” for four years to get the opportunity, while his groupmates just laugh while watching him on screen. The maknae is kept busy though as he has to perform and emcee at the same time.

BEAST also show their own special way of setting up the stage, fulfill their No. 1 promise (hint: twerking is involved), and never forget to thank their fans!