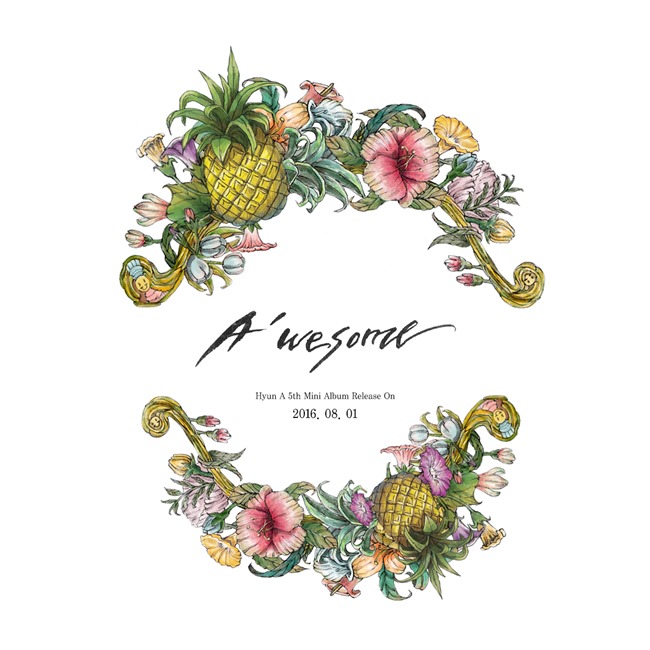 On July 22, the first teaser for HyunA’s solo comeback was released through various SNS accounts.

The teaser reveals artwork for her fifth mini-album “A’wesome.” An array of tropical flowers and fruit are displayed in the image reflecting summer. Very suitable considering the fact that HyunA is deemed a sexy summer queen.

She is continuing her “A” series after her previous albums “A+” and “A Talk.” Furthermore, her new solo album comes close after her debut anniversary.

There is special attention surrounding her comeback as it is her first solo comeback after the disbandment of 4Minute.