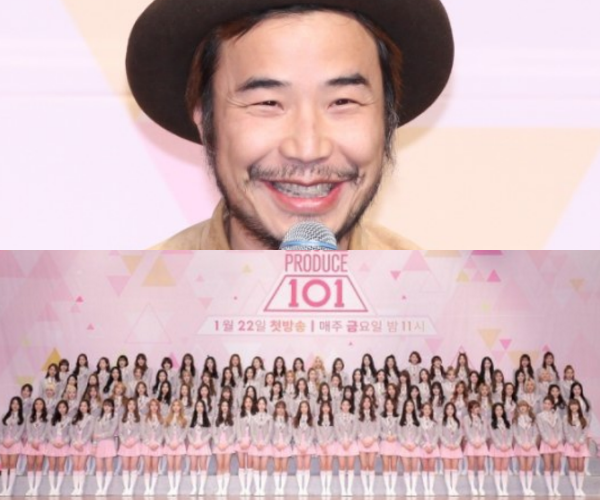 “Produce 101” PD Han Dong Chul is under fire for his words about the hit survival show.

His interview with High Cut magazine was discovered recently and shocked many. 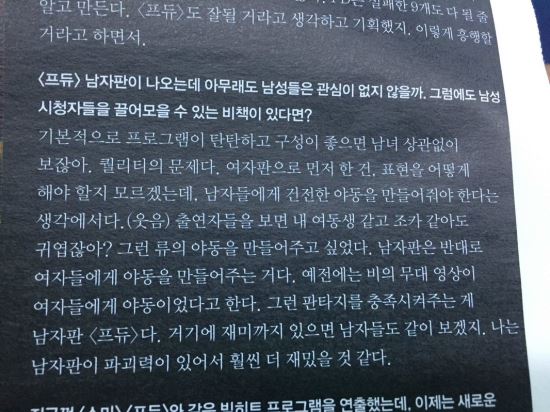 The interview asked Han Dong Chul, “The male version [of ‘Produce 101’] will be coming out but won’t males be uninterested? So do you have a secret plan to attract male viewers?”

The PD answered, “If a program is solid and organized well, people regardless of gender watch. The issue is with quality. The reason why we did the female version first is, I don’t know how to express it. It was from the thought that we needed to create wholesome pornography for males. (laughs) If you look at the contestants, they look like your younger sister or niece but aren’t they cute? I wanted to make that style of pornography. The male version will likewise be made to be pornography for females. In the past, they called Rain’s performance videos pornography for women. The male version of ‘Produce 101′ will satisfy that kind of fantasy. If it’s also fun then males will also watch. The male version has destructive power so I think it will be much more fun.”

Netizens have criticized his remarks saying comments like “It seems like he’s saying it satisfies males’ fantasies, but there are contestants who are minors so it’s highly inappropriate” and “I don’t understand how he could connect pornography to cute contestants who are like younger sisters and nieces.”

What are your thoughts on his comments?