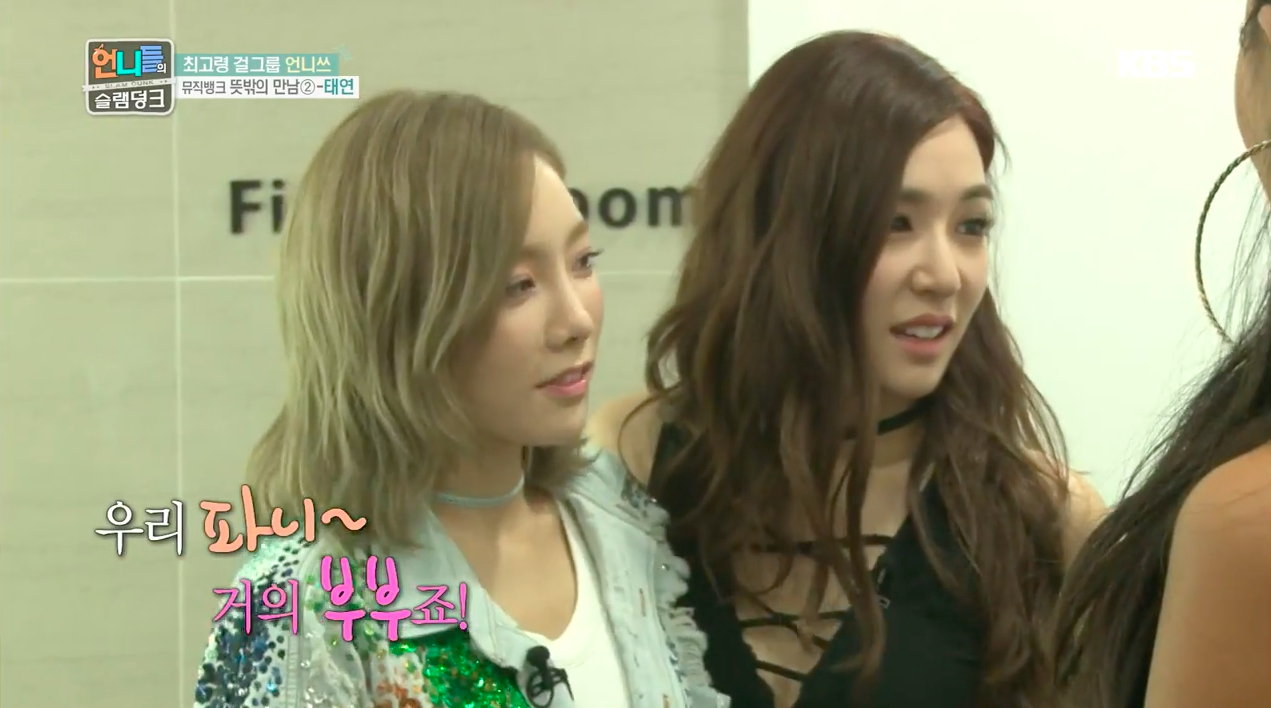 This week’s episode follows the cast as they prepare to perform their first live performance as the girl group Unnies, while they’re still reeling from the excitement of reaching first place on the charts.

As Taeyeon was promoting her track “Why” at the same time as Unnies was promoting their surprise hit song “Shut Up” (for the first and last time), naturally Tiffany took the rest of the cast to meet her BFF Taeyeon in her dressing room.

After they do their formal introductions, Unnies gives Taeyeon a copy of their single, which they’re embarrassed about because it’s simply a CD in a plastic case, as it wasn’t officially released as a physical album. Nevertheless, Taeyeon looks impressed and congratulates them on their debut. She then gives them all copies of her own album, and the members get obviously envious over the quality of it. 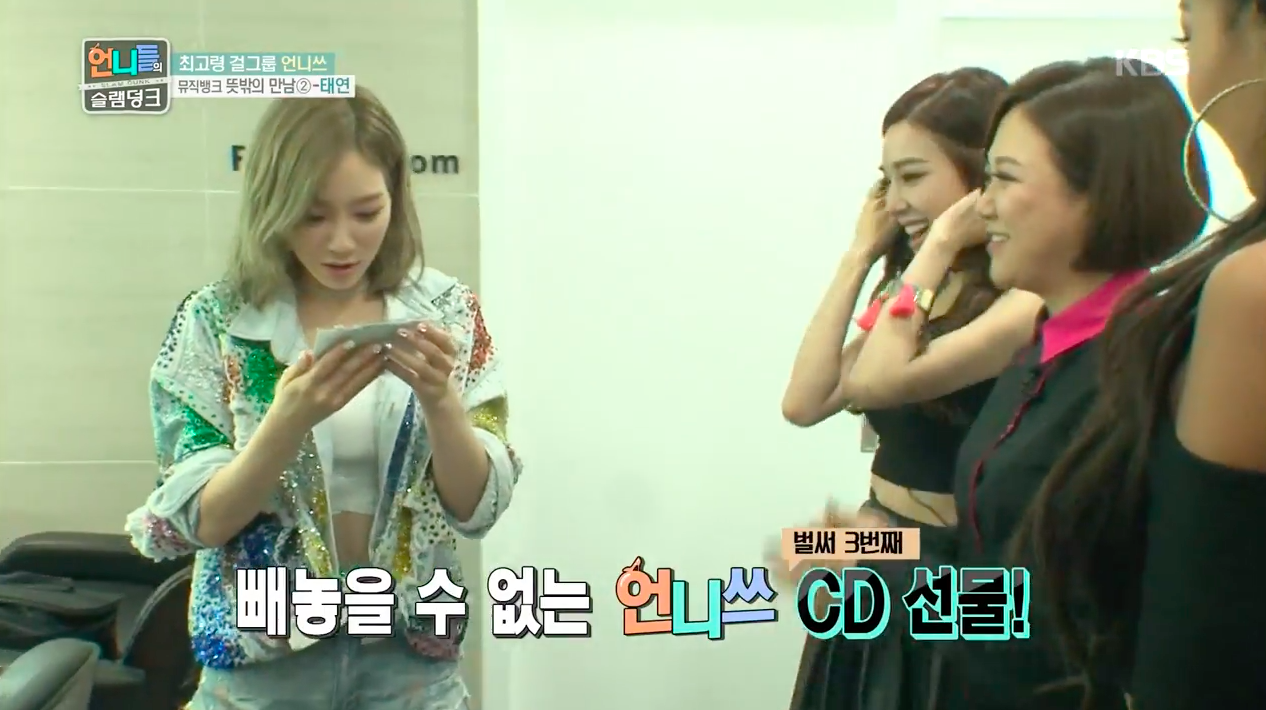 Hong Jin Kyung then begins to shower Taeyeon with so many compliments about her new song that Taeyeon looks a bit overwhelmed, and the others laugh because Hong Jin Kyung’s tone sounds like she’s annoyed about it. 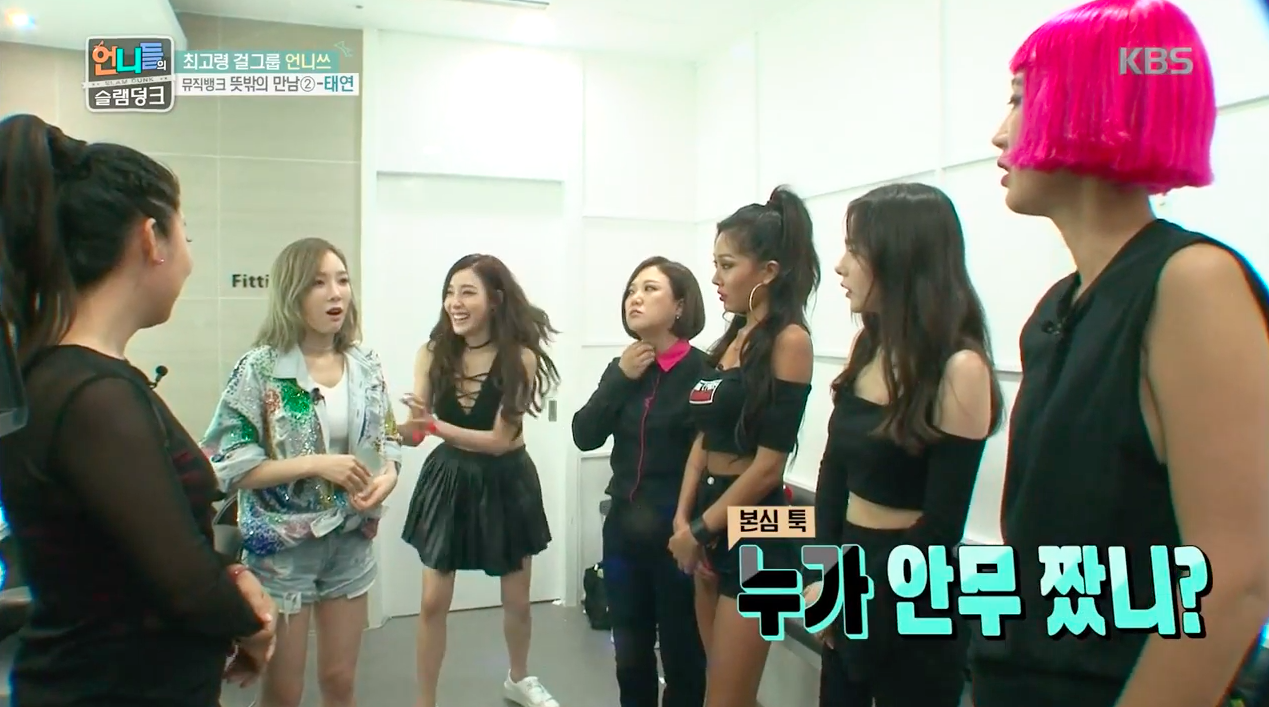 “I’ve been watching all your episodes,” says Taeyeon. “Ever since the first one.” She also tells Hong Jin Kyung that she loved her famous Cleopatra makeup, and Tiffany laughs and says that Taeyeon loved it so much she saved photos of it. “I’m really into makeup!” says Taeyeon. 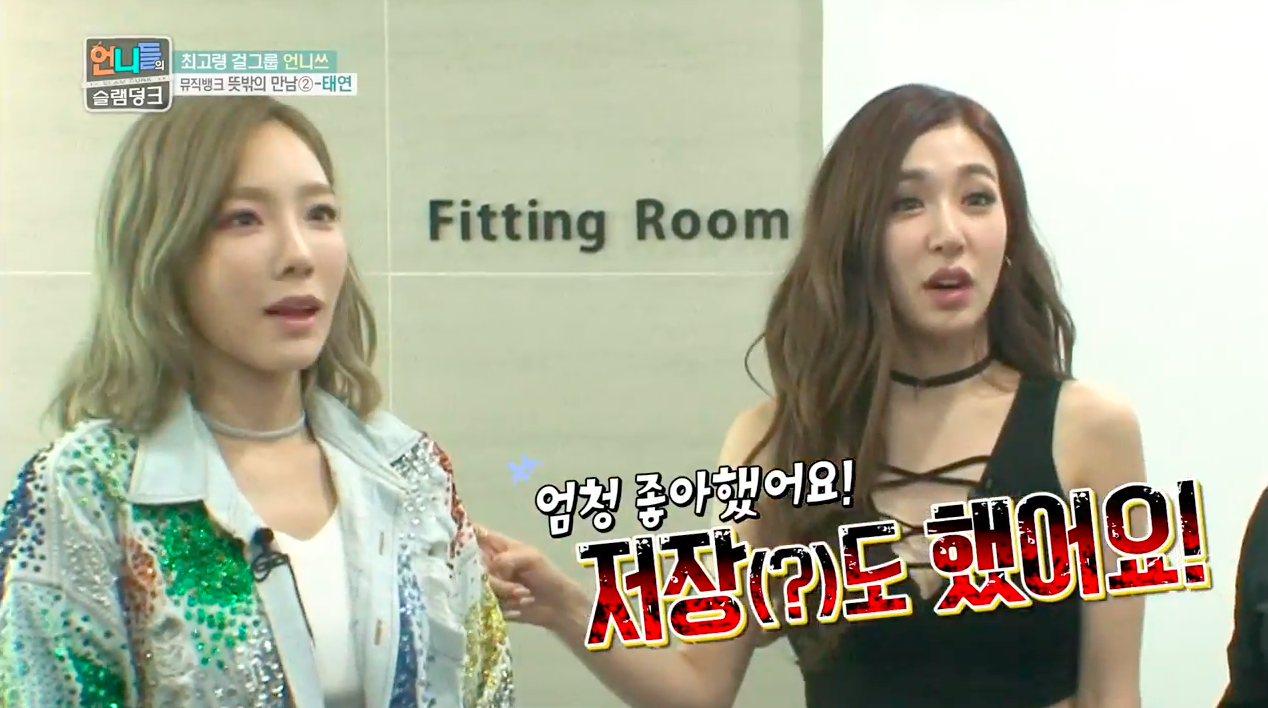 The members then ask her for some tips on how to seem charismatic on stage. Taeyeon suggests that they do what she does and look at the camera at the end as though saying, “Wasn’t I great?”.

Taeyeon also tells them that she knows how hard they’ve worked on this, and has been looking forward to seeing them perform. “She even watched our dance practice video with me!” Tiffany tells them.