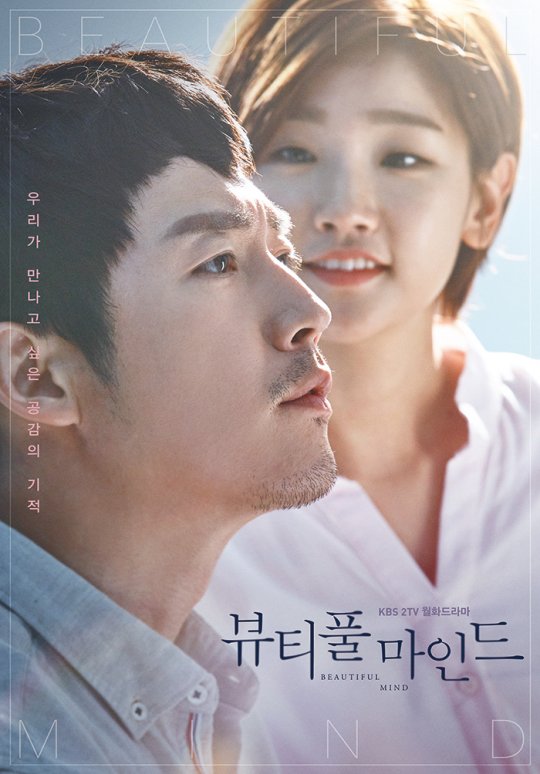 “After it was revealed that [the drama] is considering an episode reduction, the actors and staff of “Beautiful Mind” fell into despair. Only the higher ups within KBS and starring actor Jang Hyuk knew about the abridgment,” the source reveals.

The source continues, “The other actors and staff were not in the know and were taken aback and unhappy to be suddenly confronted with such news. Although the viewership ratings thus far were low, it was being critically praised as a well-made medical drama, so they felt confident, but even that [confidence] dissolved once they heard that KBS was considering an episode reduction.”

“KBS wanted to end ‘Beautiful Mind’ as quickly as possible. It was to the point of them considering a reduction as steep as 16 to 12 episodes. From the beginning KBS wanted the abridgment to 12 episodes, but writer Kim Tae Hee insisted that this would affect the story too much, so it was never realized,” the source says.

“The whole time, KBS wanted ‘Beautiful Mind’ to end early, and after multiple rounds of discussion with the producers finally, they agreed on abbreviating the drama to 14 episodes from 16 episodes,” the source adds.

The source continues, “We plan on informing the actors and staff by the end of the morning today (July 22). A lot of love was poured into this drama by actors and staff, and the reviews were not bad, so it’s a shame that the drama seems to have been evaluated solely based on ratings.”

What are you thoughts on this situation?

Meanwhile, you can watch the latest episode of “Beautiful Mind” on Viki below.

Beautiful Mind
Jang Hyuk
How does this article make you feel?