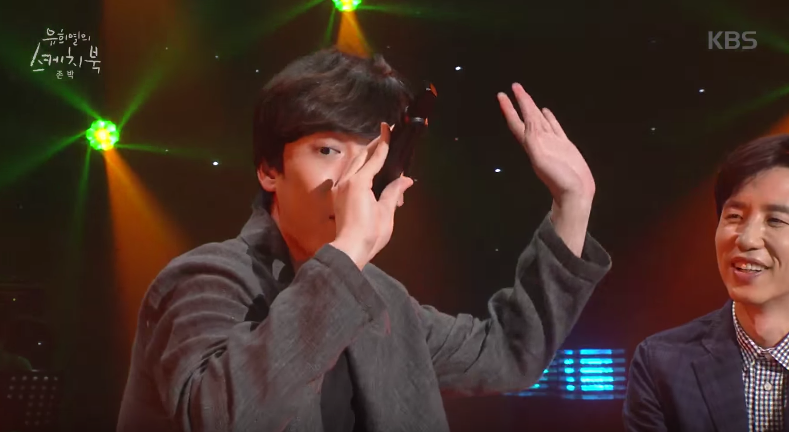 On the July 22 episode of “Yoo Hee Yeol’s Sketchbook,” John Park appears as a guest along with Jay Park, BEAST, and Melody Day, among others.

MC Yoo Hee Yeol jokingly says to John Park, “You came out on ‘Yoo Hee Yeol’s Sketchbook’ for the first time in two years, and within that time your nicknames have multiplied by a lot.”

John Park responds, “I filmed a fake documentary with Lee Juck. All I did was follow the script, but I think other people actually thought, ‘Is John Park really stupid?’ Ever since then I’ve gotten a lot of nicknames.”

“You came from the States, but I heard you’re not good at English. We know you’re from America, so let’s prove that you’re good.”

As his way of showing his English speaking capabilities, John Park chooses to rap to Eminem’s “Without Me.” Afterwards, John Park says, “I’m good right? Don’t you think I could go out on ‘Show Me the Money’ and do well?”

Yoo Hee Yeol laughs and teases, “The lyrics were coming out here [on the teleprompter], but here and there you would get [the lyrics] wrong.”

You can watch John Park’s Eminem cover below. How do you think he did?