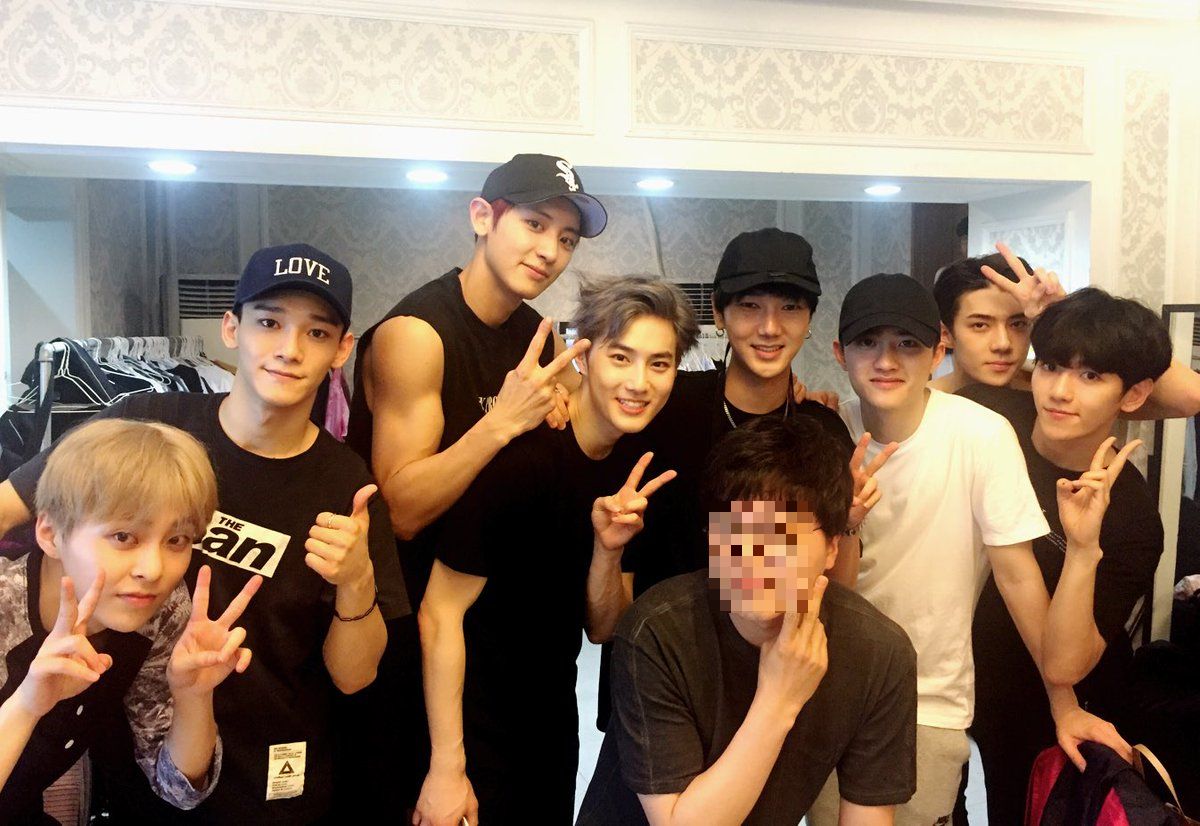 On July 23, Yesung shared several photos of himself and the group at their recent concert in Seoul via Twitter and Instagram. He and some of the guys of EXO smile for the camera backstage in two of the photos, and Yesung also shared a couple selfies of himself as he watched the show.

He also posted a picture of the stadium during the concert, showing off his light stick!

July 23 was the second night of EXO’s third solo concert series in Korea, entitled “EXO PLANET #3 – The EXO’rDIUM.” The shows are being held over six nights at the Olympic Parks Gymastics Stadium in Seoul, with remaining shows on July 24, 29, 30 and 31.

Support the artist by buying Here I Am from YesAsia

Support the artist by buying EX'ACT from YesAsia
EXO
Super Junior
Yesung
How does this article make you feel?