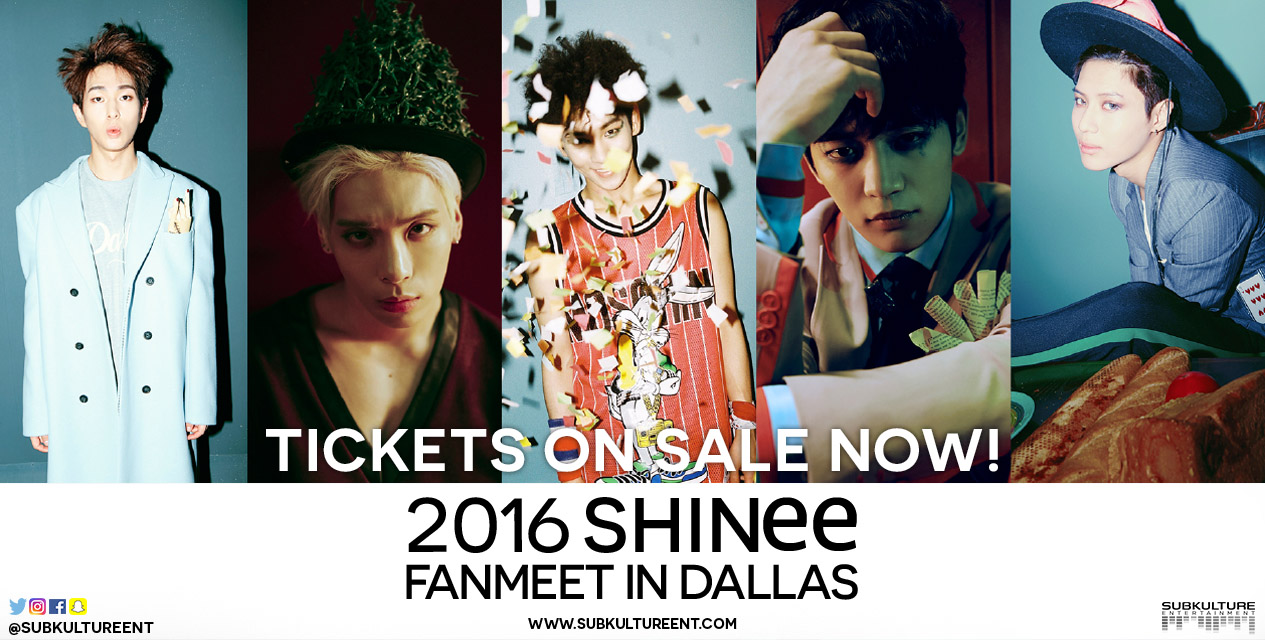 In case you’ve forgotten, we were lucky enough to see SHINee’s first solo fanmeet in the U.S. a few months ago in Chicago (and interview them too!). The show was epic. Like, oh man it’s really, really SHINee epic.

Lucky for you, the boys are coming back to the U.S. to hold a second epic event: “2016 SHINee FANMEET IN DALLAS” July 31 at the Verizon Theater at Grand Prairie. Tickets are on sale now at AXS and you can nab them here.

In case the spree of amazing K-pop events lately has your wallet slightly empty we have 3 pairs (2) of P2 tickets to giveaway!

All you have to do is spread the word about the show so that more Shawol can experience the magic that is SHINee and SHINee fan service.

Contest ends on Tuesday, 7/26 at 11:59PM Pacific Time. The winner will be contacted through Twitter on Wednesday, 7/27.

Good luck! For more information about the show: