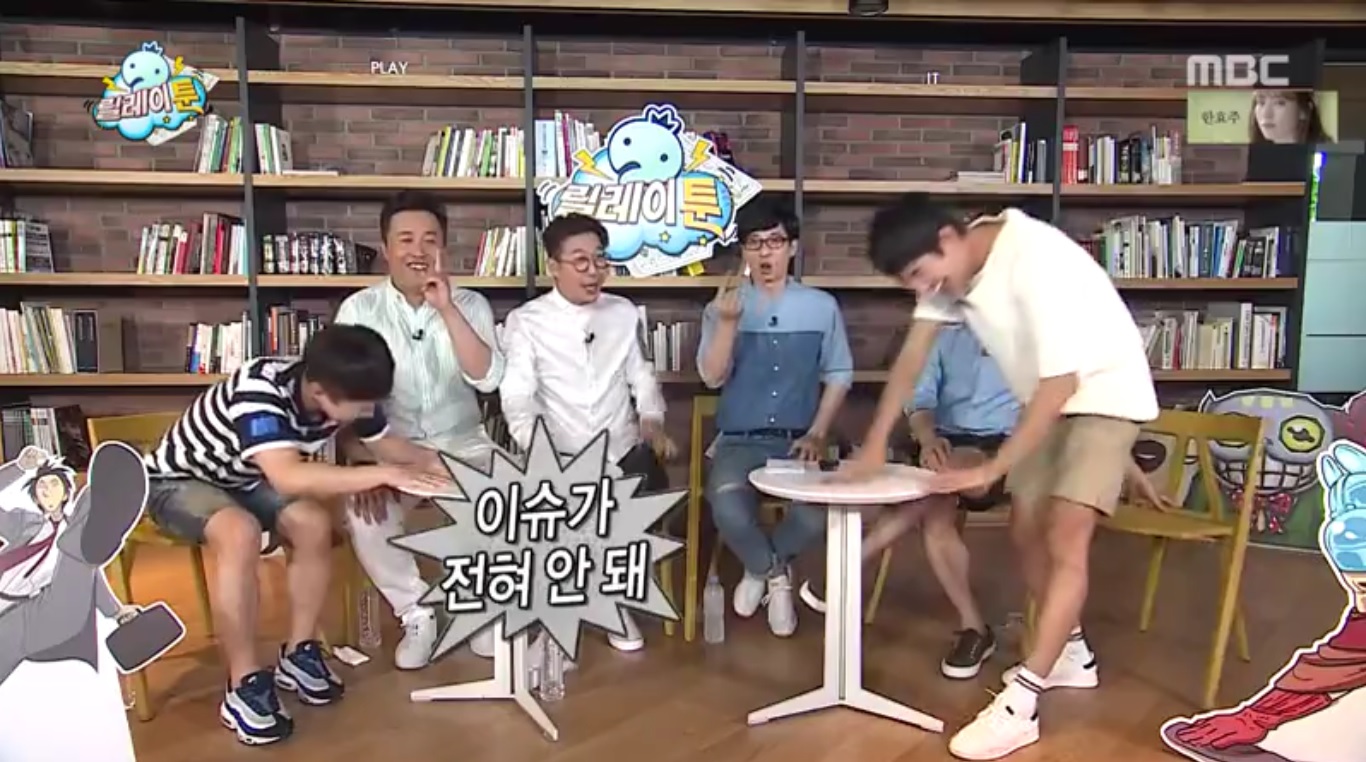 The cast continues their “Relay Toon” series, where a member teams up with a webtoon artist to make their own comic, and the next team picks up where their story left. The July 23 episode of the show features the team of Kwanghee and artist Yoon Tae Ho.

Before revealing the latest webtoon, Yoo Jae Suk mentions Kwanghee’s fake scandal from the previous episode, where the members trick Kwanghee into confessing he was the “Infinite Challenge” member allegedly spotted with a woman in his car in Apgujeong.

Yoo Jae Suk says, “‘Infinite Challenge’ and its viewers have a close relationship, but no one gave a single bit of interest towards Kwanghee’s scandal.” 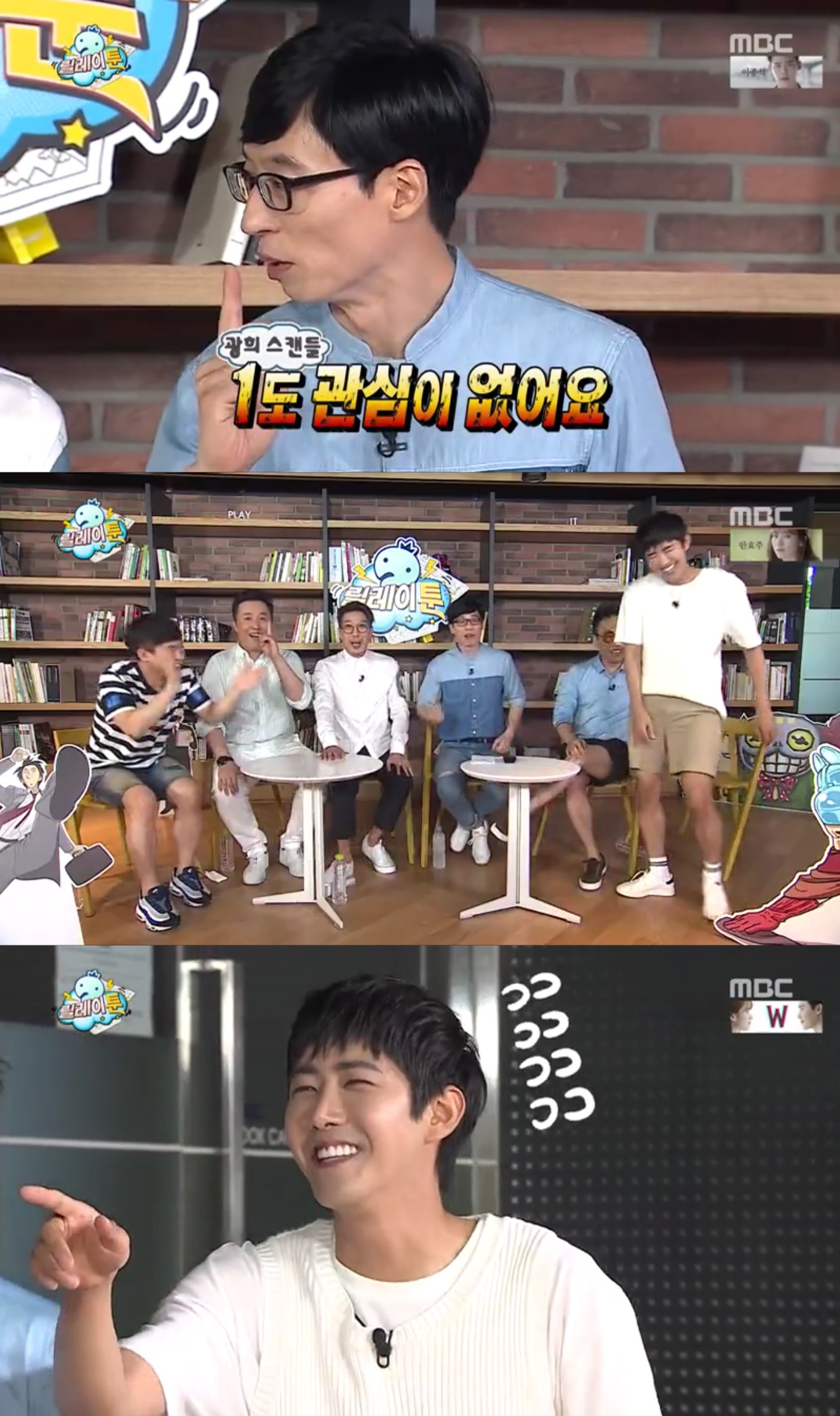 Haha chimes in, “It didn’t become an issue at all.”

Yoo Jae Suk continues, “What’s scarier is that his agency moved quickly to deny it, but no one talked about the scandal,” cracking up all the members.

Watch them continue their “Relay Toon” series on the episode below!

Yoo Jae Suk
Kwanghee
Infinite Challenge
How does this article make you feel?