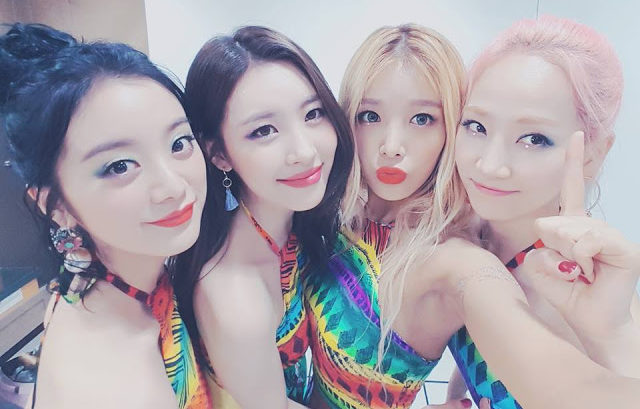 Wonder Girls Are Back At #1 (For The First Time In Four Years): Soompi’s K-Pop Music Chart, July Week 4

We had a very tight battle for No. 1 this week! SISTAR’s “I Like That,” our champion for the past two weeks, battled Wonder Girls’ “Why So Lonely,” the highest debuted song last week at No. 10, and BEAST’s “Ribbon,” which wasn’t even in the top 10 last week. Only nine points separated these three summer singles.

SISTAR’s “I Like That” is down one spot to No. 2, and just one point lower than “I Like That” is BEAST’s new song “Ribbon,” which moved up eight spots to No. 3 this week. Like the Wonder Girls, BEAST has one fewer member now and also changed their music style. “Ribbon” is the title track of BEAST’s third full-length album, “Highlight.” It is an R&B ballad which showcases the maturity of the group. This is the first time BEAST has promoted a ballad song as their album featured hit. The lyrics compare an unwound ribbon to a broken relationship. BEAST’s emotional vocals convey the loneliness and longing of this song. “Ribbon” won on Music Bank and Show Champion last week and finished a close third place on our chart this week.

There is one more new song in the top 10 this week. Moving up 14 spots to No. 5 is Seventeen, one of the up-and-coming male groups in K-Pop. Their latest hit “Very Nice” is from the repackaged version of their first album “Love & Letter.” This dance hit tells a sweet story of a guy who spends a very nice day with the girl he loves. Members WOOZI, S.COUPS, and Vernon took part in writing this song.