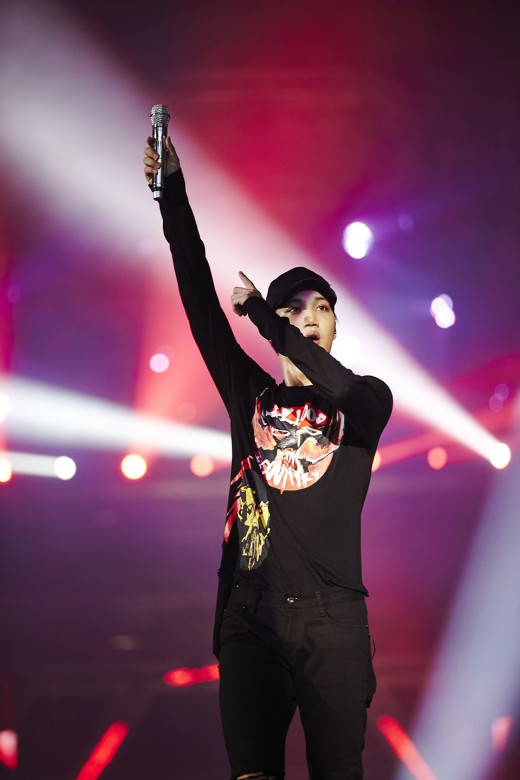 EXO’s Kai Re-Injures Ankle During Concert, Is Unable To Perform

After the opening performance and introductions, Suho said, “Before we start, I have some bad news. Yesterday, Kai injured his leg while performing. As a result, he will not be able to participate today, and will only be here for certain parts.”

Suho told fans to also be careful. “Your health is the number one priority. I hope everyone enjoys the performance today and gets home safely.” Suho joked, “And please tell your parents good things about us.”

Kai appeared on stage in a wheelchair, and explained what happened: “I had hurt my ankle before while practicing for a previous concert, and I hurt the same ankle while performing on stage [yesterday]. There are no broken bones, but the ligament was injured.”

Kai expressed how upset he was, saying, “I was so sad I cried a lot yesterday. My face is all swollen.” He apologized for being unable to perform, and said that he would update fans after his next hospital visit.

EXO’s Baekhyun offered some relief for fans and Kai, telling Kai that it’s okay and joking that there are so many members in EXO, it’s difficult to notice when someone is missing. He said, “My grandma always tells me it’s really hard to find me on stage.”