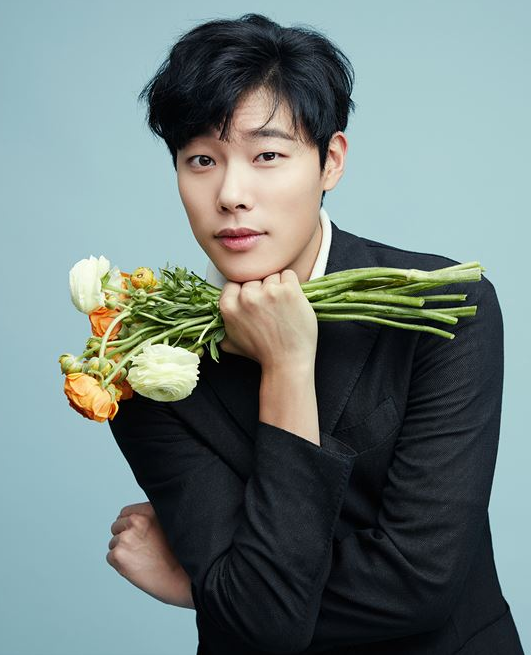 With “Lucky Romance” finished, actor Ryu Jun Yeol sat down to talk about how fame changed his career.

The actor is currently filming for the movie “The King,” starring Jo In Sung and Jung Woo Sung. Ryu Jun Yeol shared his thoughts on how the term “trendy star” is being used to describe him. “Rather than agreeing with it, I’d say that I realize what’s changed since,” the actor explained. “Nowadays fellow colleagues will help me and give me advice. I think I notice that the most. The difference is probably that people did not know who I was before, while they know who Ryu Jun Yeol the actor is now.”

Ryu Jun Yeol also revealed that he chose “Lucky Romance” to show that he could also do romantic comedies. When asked about his characters Je Su Ho and Jung Hwan, he responded, “Both of them are charming characters. But I don’t think they simply fit the same kind of “good looking male” image. Jung Hwan is much like a common high school student, while Je Su Ho is a character that overcomes a trauma and attains love, which is why I chose that role.”

The actor talked about his schedule and said that many times he wondered if his schedule was even possible. But he said that as he looked around him, other actors were doing the same, and said that it was perhaps because they all were in love with their work.

Ryu Jun Yeol also opened up about the hardships he had in his journey. “There were times when I couldn’t even lift my head as the seniors acted because I was so embarrassed, or I would cry because I was upset. It took me a year from practicing acting alone to seeing it unravel on set. It was the hardest thing to endure. In the end it was the fight against myself that made it so hard.”

Ryu Jun Yeol is currently shooting for the film “The King” which is set to air December 2016.