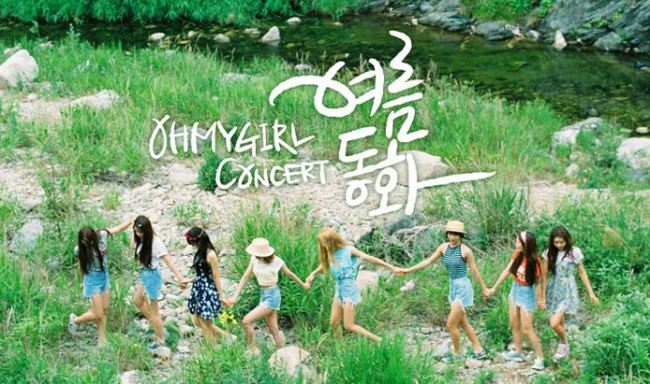 Rookie girl group Oh My Girl prove their star power by completely selling out their first solo concert within a matter of minutes!

According to a press release from their agency WM Entertainment, Oh My Girl set a standard for holding a sold-out concert one year since their debut. When tickets released Friday evening for their concert “Summer Story,” it only took three minutes until all of the seats were snatched up. WM Entertainment thanked the fans during the press release saying, “We are very thankful for the fans’ support for the band’s first concert. This will be an opportunity for Oh My Girl to present the fans with a new look.”

Upon debuting in April 2015 with their track “Cupid,” Oh My Girl has stayed busy promoting “Closer,” “Liar Liar,” and their most recent song, “Windy Day.” Their concert will be on August 20 and 21 at the Blue Square Samsung Card Hall. Oh My Girl is also scheduled to release a track in early August, collaborating with reggae duo Skull & Haha on their upcoming album “Summer Special.”

Support the artist by buying Oh My Girl- Summer Special Album from YesAsia
Source (1) (2)
Oh My Girl
How does this article make you feel?