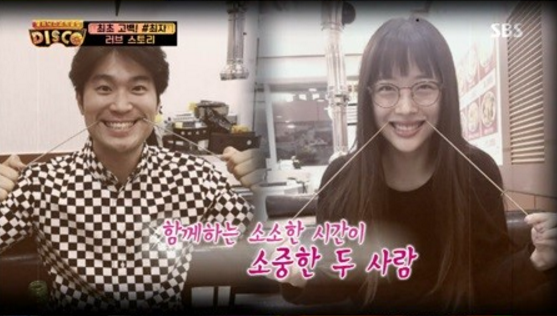 Choiza Opens Up About First Kiss With Girlfriend Sulli And More

Dynamic Duo’s Choiza reveal his love story with Sulli himself on the July 25 episode of SBS’s pilot variety show “Disco.”

During the episode, he talks about how the pair first met. Choiza explains, “We have a 14-year age gap. We first met at Kim Hee Chul’s military service discharge party.”

He further reveals, “I saw Sulli under a very pretty place beneath the light of a street lamp and I thought to myself, ‘So this is what pretty means.’ I fell head over heels.” 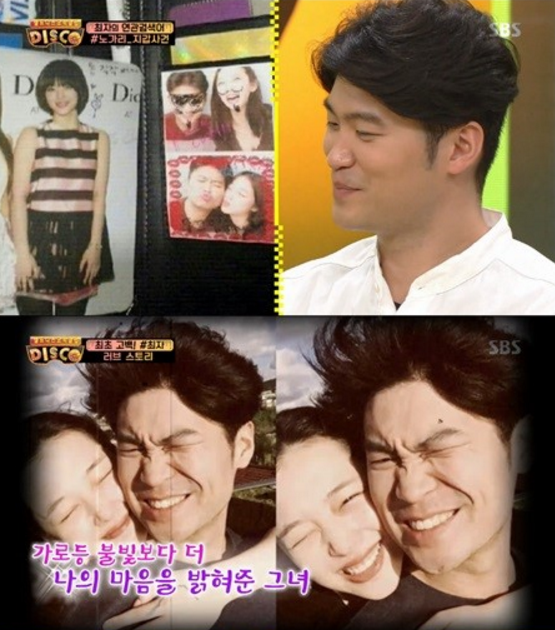 Choiza also shared details about their first trip together and says, “Our first vacation was Manisan (mountain in Incheon). It was so hard going up the mountain wearing masks.”

When asked about why Sulli likes him, he answers, “I think our tastes in food are very similar. We are like an ajusshi; we like cheap and tasty places.”

Then he talks about their first kiss and divulges, “It happened naturally. I was working on new music and asked her if she wanted to listen to it. After listening to the song she said it was really good. Then we had our first kiss.”

Previously, Sulli and Choiza revealed their relationship to the public in August of 2014.

Choiza
Sulli
Disco
How does this article make you feel?