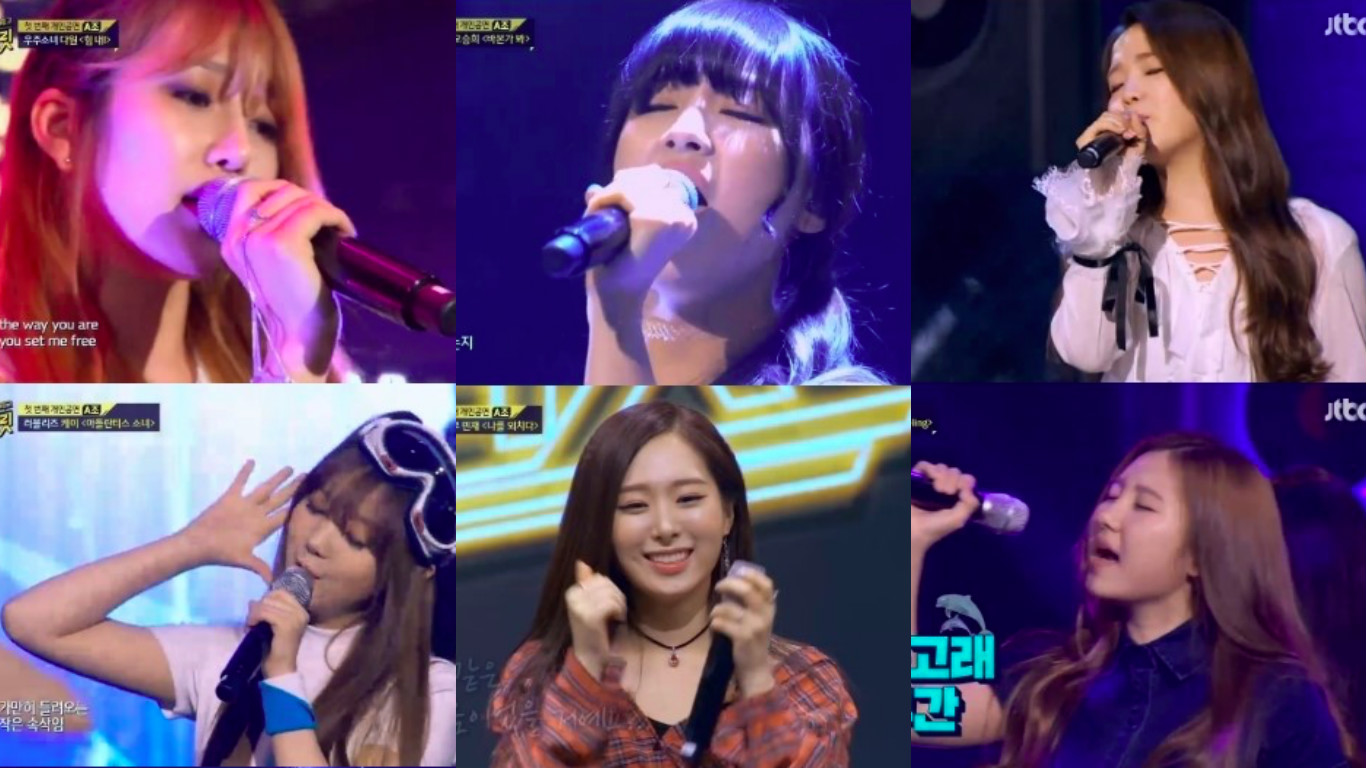 Which Underrated Girl Group Member Took The Crown On This Week’s “Girl Spirit”?

Cosmic Girls’ Dawon covered Girls’ Generation’s “Way to Go” and showed off her strong vocals and a memorable flag performance. “There were lots of things that happened to us when we prepared to debut,” she said. “I thought of those things and practiced this performance” Dawon got 83 points.

Lovelyz’s Kei performed “Atlantis Princess” by BoA and revealed that the song inspired her to become a singer. Her powerful choreography and performance won her 88 points.

CLC’s Seunghee sang Ivy’s “I Must Be a Fool” and said, “When I practice, even now, sometimes I feel bad about myself. During my trainee days, everyone only focused on my weak points. I often felt that I could have done well if someone only cheered me on.” She also expressed her gratitude at the audiences’ response to her performance and won 65 points.

SONAMOO’s Minjae sang Maya’s “Shout of Myself” and talked about the hardship of leaving her native Busan for Seoul to become a trainee. “The hardest part was feeling people’s interest in us wax and wane. I want to sing a song that really comforted me during those times.” Minjae won 90 points and was crowned the winner of this week’s episode.

Last’s week’s winner, Oh My Girl’s Seunghee, covered “A Goose’s Dream.” Her performance was a different concept from last week’s “Dream Girl,” but her emotional rendition won her 87 points.

The final performance of the night was Pledis Girlz’s Seongyeon. She covered S.E.S’s “Just A Feeling” and gave a groovy and fresh R&B-style performance, winning 81 points with her impressive “3-level note.”

After the performances, the 111 audience members voted again in a second round. Oh My Girl’s Seunghee and Lovelyz’s Kei joined Minjae in the Top 3.