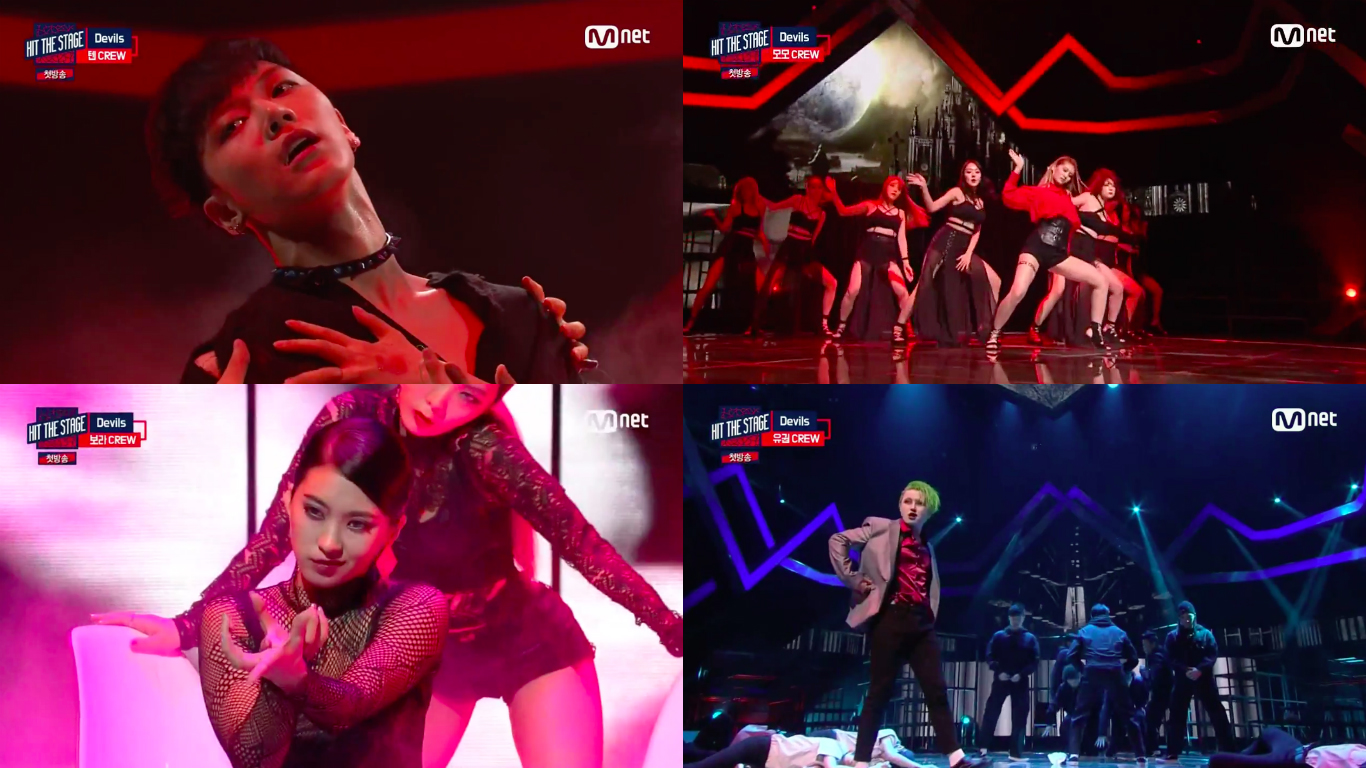 July 27’s premiere episode of Mnet’s “Hit the Stage” features the first half of the much-anticipated performances by the first eight-member lineup of idols known for their amazing dance skills.

On this week’s episode, each of the first four idols “hits the stage” with a dance crew or partner, and performs under the theme of “Devils.”

NCT U’s Ten is up first with a performance with the crew PREPIX inspired by the 2015 Korean film “The Priests,” and grabs a score of 154.

SISTAR’s Bora is next up to show off her dancing talents as she performs as a seductive witch alongside Honey J, and takes 148 points.

TWICE’s Momo then transforms into a vampire to dance with a JYP crew, as fellow members Jihyo and Chaeyoung cheer her on in the audience. She earns a score of 144.

Finally, Block B’s U-Kwon takes the stage for a performance with B.B. Trippin as Joker that showcases both his dancing skills and acting chops. He says, “[Most people] only know Zico and Park Kyung in Block B. The name U-Kwon is probably new to you. I want to let you know that there’s someone who can dance like this in Block B.”

U-Kwon takes the top spot so far when he receives 158 points for his performance.

Note that the performances above are “no-cut” versions uploaded by the network to their YouTube channel that do not include footage of audience and panel reactions. You can check out the versions with audience reactions on their channel here, or see them in the full show!

What do you think of the performances on “Hit the Stage” so far?

TWICE
Block B
Momo
NCT U
Bora
SISTAR
U-Kwon
Hit the Stage
Ten (NCT)
How does this article make you feel?