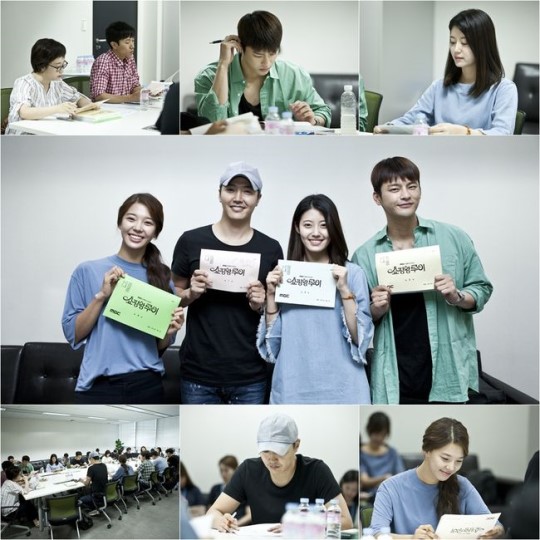 Before the reading began, head of the drama department Lee Chang Sup said, “This drama has the word ‘king’ in it, so I hope this drama reigns on the top during September.”

Seo In Guk, who plays the lonely yet handsome Louie, is said to have become his character right away and showed off charms that have never been seen before.

Nam Ji Hyun, playing the optimistic character Go Bok Shil, seemed very lovely which made everyone anticipate the chemistry between her and Seo In Guk even more.

Producing director (PD) Lee Sang Yeop said, “Although the settings may seem a bit exaggerated, I believe in the actors’ talents to make it all work. Let’s do our best to make this a heart-warming drama that will remain in the viewers’ minds for a long time.”

“Shopping King Louie” is a romantic comedy about a man suffering from memory loss who gets dropped into the middle of Seoul and a woman named Go Bok Shil who is bad with computers.

It will air in September after “W” finishes its run.