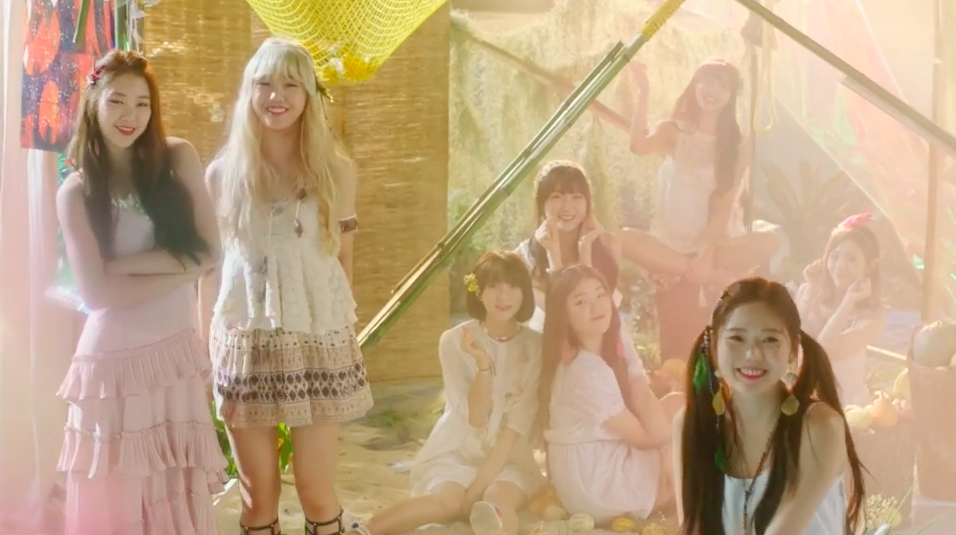 Watch: Oh My Girl Creates Their Own Magical Beachy World In Teaser Videos For “A-ing” MV

Watch the second teaser video for Oh My Girl’s “A-ing” below!

Rookie girl group Oh My Girl is gearing up to release their new track by dropping a teaser video!

The track will feature reggae duo Skull and Haha, and is titled “A-ing” in English, with the Korean title “Listen to Me.” It is set to be released on August 1 as part of their “Summer Special” album.

In the teaser video, the members turn an indoor pool into their own beachy playground, dancing around and playing in their summertime wonderland.

Oh My Girl debuted in April 2015 with the track “Cupid,” and has since been steadily promoting with tracks including “Closer,” “Liar Liar,” and most recently “Windy Day.” They will be holding their first concert on August 20 and 21.

Support the artist by buying Oh My Girl- Summer Special Album from YesAsia
Oh My Girl
How does this article make you feel?