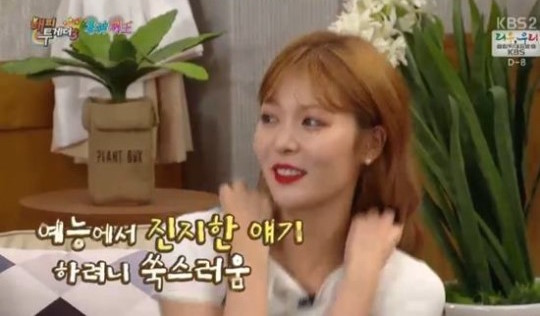 On the July 28 episode of KBS 2TV’s “Happy Together 3,” HyunA appears as a guest.

During the show, she shares her thoughts about the hoobaes (juniors) and peers in the industry.

HyunA says about her hoobaes, “When I watch them, I receive energy. I think ‘They’re cute,’ ‘They’re pretty’ and feel revitalized.”

When asked about whether she sees anyone artists who rival her in the sexy department, HyunA says she doesn’t see the point in comparing herself to others, “I’m not where I am because of what I did but because of the care of many people around me.” 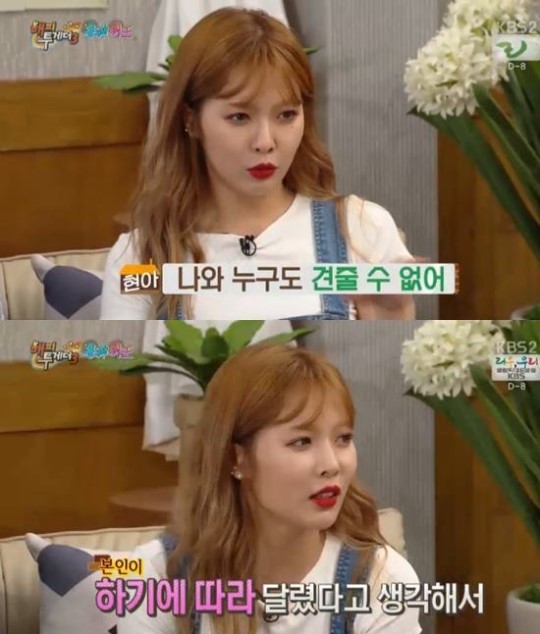 But HyunA shares that she does have peers that she admires. “When I see Jun Hyosung, Seolhyun, Yura, and others I think they’re sexy and cool.” 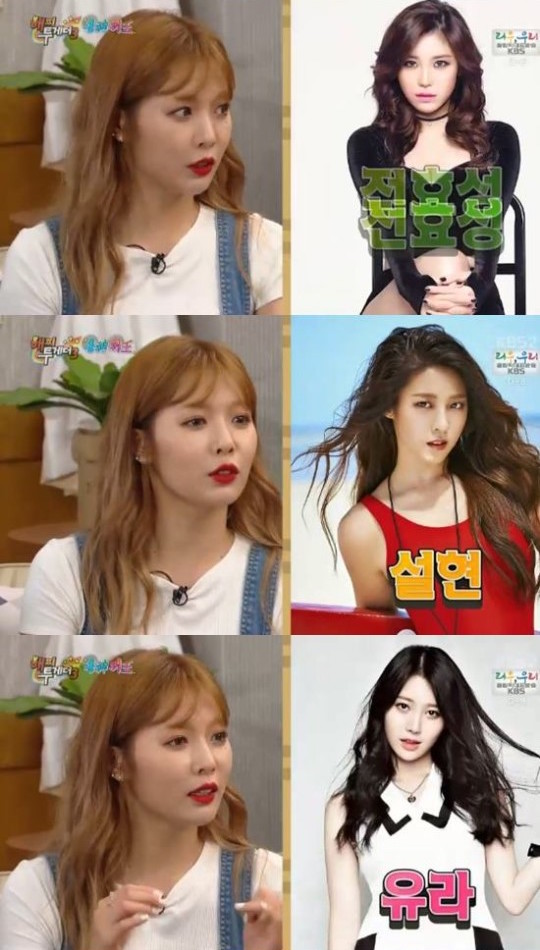 AOA
Girl's Day
Happy Together
Hyosung
HyunA
Secret
Yura
How does this article make you feel?