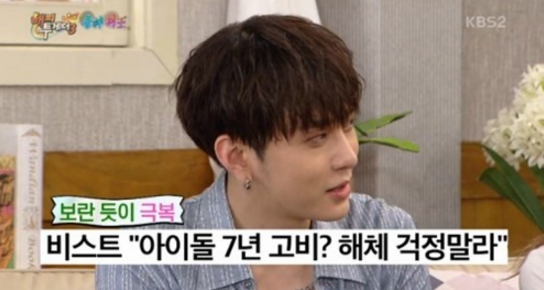 BEAST’s Yong Junhyung recently appeared on “Happy Together,” where he talked about being in the K-pop industry.

MC Yoo Jae Suk comments “They say that the seventh year is the danger zone, so it’s very impressive that it’s been eight years since BEAST’s debut.” MC Jun Hyun Moo also asks, “Right now there are a lot of K-pop idols becoming more popular. Are there any that have caught your eye?” to which Yong Junhyung replies that SEVENTEEN has caught his eye. 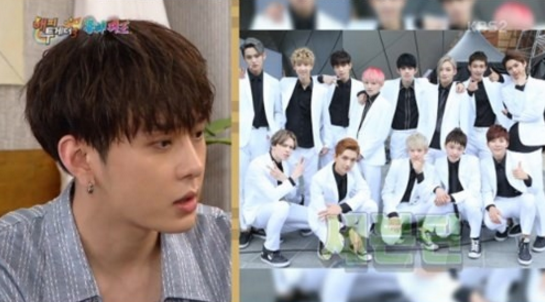 “Because of the amount of new K-pop groups, we sometimes think ‘what should we do?’ But instead of focusing on how to beat them, we just focus on being the best we can be,” says Yong Junhyung. The idol also talks about his anxiety for appearing on talk shows saying, “I can count the number of times I appeared on talk shows with one hand. When I appear on talk shows, I forget about the image that I worked hard to create for performances.”