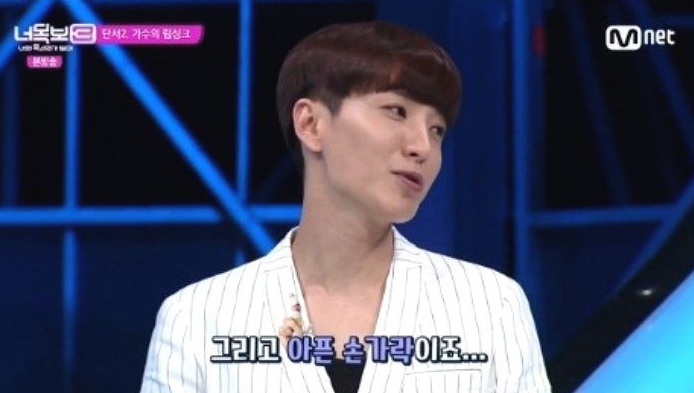 Super Junior’s leader Leeteuk recently mentions Kangin on Mnet’s “I Can See Your Voice.” Kangin is currently involved in a DUI case and is facing an upcoming trial date.

On the July 28 episode, Jung Joon Young makes a guest appearance on the show and tries to identify which of the performers are tone-deaf. When a contestant with the nickname “Super Junior K’s younger sibling” appears, the panel tries to guess if he really is related to a member in Super Junior. MC Leeteuk references his members, saying “He definitely has a relationship with four members.” Using each finger to represent each member, he mentions Kim Ryeowook, Yesung (whose real name is Kim Jonghoon), and Kim Heechul,who are all members with a “K” in their last name. Then Leeteuk indirectly mentions Kangin (whose real name is Kim Youngwoon) saying, “I have a finger that’s in pain.”

Watch the clip to see if “Super Junior K’s younger sibling” is tone-deaf or not!

Super Junior
I Can See Your Voice
Leeteuk
How does this article make you feel?