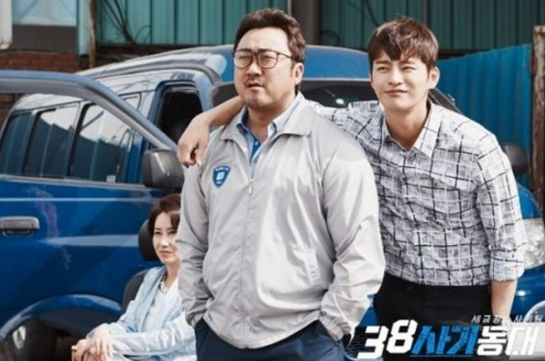 The cast and crew of “Squad 38” are going on a vacation for breaking OCN’s records for highest drama ratings!

“They will be leaving for Phuket, and the actors will be joining the staff once they finish adjusting their schedules,” stated CJ E&M.

“Squad 38” received a lot of attention for their first episode, which achieved 3 percent ratings. At the eight episode mark, the drama broke OCN’s highest drama rating record of 4.1 percent. At 12 episodes, it reached 4.5 percent. Despite having four episodes left, there is a possibility that the drama may even reach 5 percent ratings.

The only other dramas to go on a CJ E&M sponsored vacation have been “Reply 1988,” “Signal,” and “Another Oh Hae Young.”

The cast and crew plan to leave on either August 8 or August 17 after scheduling their plans.

Catch the latest episode of “Squad 38” below!

Squad 38
How does this article make you feel?